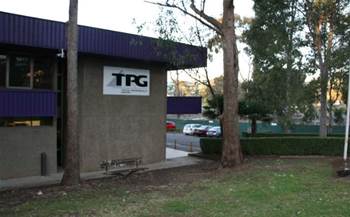 Should apply to mobile and even OTT players.

TPG has raised the prospect of a substantial widening of the broadband tax to cover fixed wireless, mobile, and even over-the-top (OTT) players.

The telco is one of a handful of operators that will be directly impacted by the government’s plans to levy a monthly charge on all high-speed lines that compete with the national broadband network.

Its last hope of overturning the tax – or at least reducing the impact of the tax on its business – rests with the senate, which has referred the planned laws to committee.

TPG warned today that, should the tax pass as is, it would “economically damage” TPG and the other “small number of carriers” set to be punished for trying to cherry-pick metro areas before the NBN arrived.

The tax – known as the regional broadband scheme – is intended to help NBN Co pay for the future costs associated with its fixed wireless and satellite networks.

About 95 percent of the tax burden will fall on NBN users, though the government says they won’t pay more as the tax is already built into NBN Co’s prices.

Users of NBN-comparable services operated by companies like TPG, however, are likely to face a price hike of $7.10 per line per month.

Ideally, TPG said it would like to see the broadband tax scrapped and the costs of future expansion of NBN fixed wireless and satellite upgrades picked up by the taxpayer.

However, the telco also offered up an alternative where the tax would be recast as a universal service obligation (USO)-style industry levy, payable by a far wider cross-section of the internet industry.

Such a levy would reduce pressure on NBN Co to pay for the vast majority of the broadband tax: “a broad industry levy that included mobile networks would result in NBN Co paying about 13 percent of the costs for non-economic services,” TPG said.

The suggestion marks a departure from the company's previous approach to combating the broadband tax proposal, in which it had characterised the plan as merely a band-aid for a "broken" NBN business model.

But it has been attacked by Vodafone Australia, which criticised any attempt to turn the tax into a "second and even larger version of the current USO scheme."

"Like the USO, the RBS lacks transparency and risks becoming an entrenched tax on industry which over time is used for purposes which deviate from the original intention of the scheme."

Mobile exclusion 'out of step'

TPG suggested that classing mobile and fixed wireless services as non-competitors to the NBN was “out of step with views in the telecommunications industry”.

It said the “vast majority of consumers” found “low-speed broadband … easily sufficient for their requirements”. Even Netflix, which is one of the largest consumers of data for home users, required a “transmission speed of 3Mbps”, TPG said.

“The transmission speed of existing mobile and fixed wireless networks are easily capable of handling Netflix and most other consumer requirements,” TPG said.

“In fact mobile and fixed wireless networks in Australia have speeds comparable to or faster than the speeds that most consumers are acquiring on the NBN.

"The issue is not speed but whether the mobile and fixed wireless networks provide consumers with sufficiently high data quotas to allow them to use a broadband service as they wish without worrying that their data quota will be exceeded.

TPG said pushing ahead with a broadband tax that did not affect mobile and fixed wireless users could be considered “a brave and possibly wrong decision”.

It suggested the effect of the tax on fixed-line services would push users to fixed wireless or mobile, distorting the broadband market.

In addition to mobile telcos, TPG also suggested that OTT players could do their bit to pay for the carriage services upon which they rely.

“OTT players include many of the world’s most profitable companies such as Google, Skype and Facebook,” TPG said.

“We submit that OTT players should contribute to any levy for funding the NBN Co’s non-economic services.

“We consider that this is fair as OTT players derive more financial benefit from NBN Co’s services in regional areas than the carriers operating competing networks in other geographic areas, who do not actually derive any benefit from the NBN.”