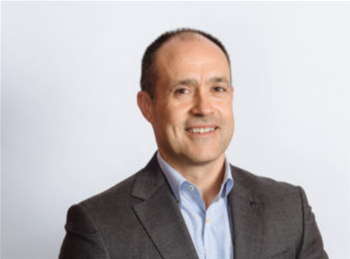 Berroeta told the CommsDay Summit on Wednesday that “our industry must take the opportunity to reset the telco policy framework … we should be stepping forward and making our voices heard.”

Berroeta also added TPG to the list of telcos saying over-the-top (OTT) services are profiting on the back of carriers’ investments.

“The connectivity we provide has enabled the nation’s shift to new ways of  hybrid working, it’s led to an acceleration in the digitisation of the economy, and it’s provided the critical infrastructure other industries such as streaming, gaming and entertainment have relied, thrived and enjoyed a free ride upon,” he said.

The industry’s lobbying about the bandwidth used by tech giants like Facebook, Google, Apple and Netflix is gathering pace here and overseas.

On tuesday, Optus’ Andrew Sheridan continued that carrier’s lobbying that OTTs need to pay for their bandwidth, while in Europe, regulatory chief Margrethe Vestager has raised the same question in response from complaints from carriers.

The OTT traffic growth, Berroeta said, contributes to an environment where both investment and regulatory costs keep increasing, but revenue doesn’t keep pace.

“Connecting consumers and businesses to the benefits of 5G will only be possible if we create the right conditions for greater competition and continued investment in telco infrastructure”, he said.

“As cities become smarter, industries automate, and we continue to use our
mobile and broadband connections to work, play and stay productive, reliance
on connectivity will soar in the coming decades.

“But in an industry where costs are going up and revenues remain flat, it is
essential we invest in ways that will deliver sustainable returns.”

A key regulatory setting that’s on Berroeta’s mind is network sharing, since TPG’s decades-long deal with Telstra is currently awaiting ACCC sign-off, and is opposed by Optus.

“Network sharing in other parts of the world is common practise - particularly in
countries with large geographic reach and relatively low population density,” Berroeta said.

“Canada, New Zealand and many European countries including the UK, France,
Italy, Sweden and my home country Spain, all have examples of active network sharing.

“For millions of European consumers, [sharing] has meant lower prices for services
and increases in network coverage and quality.”

NBN, the SAU, and competition

Berroeta is sharply critical of the politics surrounding the NBN – in particular, surrounding the SAU process currently in train, and covering the future of access to the network.

“The convenience of withholding the SAU submission from public release until the day after the election result should … not go unnoticed”, he said.

“We deserve transparency, certainty and trust,” Berroeta said, saying this has been missing from the SAU process.