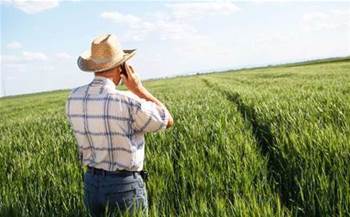 For the supply of regional telecommunications services.

Speaking at a Committee for Economic Development of Australia (CEDA) event, Sims outlined the commission’s enforcement and compliance priorities for the coming year.

From a telecommunications perspective, the ACCC expects to focus on long-term changes to NBN Co’s pricing and special access undertaking (SAU) terms, as well as a review of the Telstra-TPG agreement.

Telstra and TPG Telecom agreed last month to share network infrastructure and spectrum for potentially decades in a landmark deal.

It will require regulatory approval, though Telstra CEO Andrew Penn said at the time that he “would like to think the ACCC see this as net positive for the industry and therefore would hope they’re supportive.”

“We don't foresee any particular air of concern, put it that way,” Penn added.

Sims’ comments to the CEDA may require a change in that position.

“We are all aware of the recent agreement between TPG and Telstra to share regional mobile infrastructure,” Sims said.

“This will require extremely close examination by the ACCC to examine its implications for mobile pricing and coverage.

The nature of those “complex issues” remains unclear. However, the fresh commentary adds to previous concerns raised by Sims around how the deal might impact plan prices in regional Australia.

A Telstra spokesperson has been contacted by iTnews for comment.

A spokesperson for TPG Telecom told iTnews that the “regional network sharing agreement with Telstra is in the best interests of competition, choice and consumers.”

“It will allow us to bring our  brands, including Vodafone, TPG, iiNet and felix, to millions more Australians,” the spokesperson said.

“We’ll be offering a choice of provider to many regional areas for the first time.

“Our customers will receive seamless access to 4G and 5G coverage in regional Australia at no extra cost on our plans.

“We’ll also continue to differentiate our products as we’ll be using our own core network.”