TPG and Vodafone's $15bn merger fails to win over ACCC 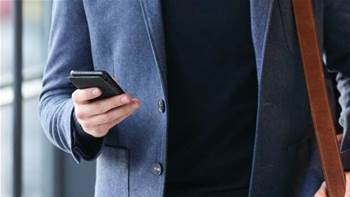 The Australian Competition and Consumer Commission (ACCC) “inadvertently” disclosed its final position on the merger online a day early.

“The ACCC has decided to oppose the proposed merger between TPG Telecom and Vodafone Hutchison Australia,” the ACCC said.

“This information was inadvertently published online on our mergers register briefly this afternoon.”

Both Vodafone and TPG re-published the brief ACCC statement to the ASX immediately following its disclosure.

TPG's share price immediately nosedived, plummeting almost 9 percent to $6.40 in just 10 minutes. By market close after 4pm, the stock had crashed to $6.07, a freefall of more than a dollar in just half an hour, with the stock falling 13.5 percent in total for the day.

Shares in Vodafone Hutchison Australia (VHA) were slammed even harder, landing at 11.5 cents, a fall of 28 percent.

Vodafone vowed to fight the ACCC's decision, saying both telcos "remain committed to the proposed merger" and will now seek "declaratory relief from the Federal Court".

"The merger would create an entity that can compete more aggressively in this highly competitive market than either VHA or TPG could on their own. It is disappointing the ACCC does not see it this way," said VHA chief executive Iñaki Berroeta.

The VHA statement said the merger agreement with TPG has also been extended to 31 August 2020 to "allow sufficient time for the Federal Court to deliver its decision and and for the merger process to be completed.

At 4.30pm the ACCC distributed a more detailed statement on its merger rejection, saying that "Australia already has a very concentrated mobile services market, with the three network operators, Telstra, Optus and Vodafone, having over 87 percent share."

"Broadband services are of critical importance to Australian consumers and businesses, across both fixed and mobile channels," ACCC Chair Rod Sims said.

“Given the longer term industry trends, TPG has a commercial imperative to roll out its own mobile network giving it the flexibility to deliver both fixed and mobile services at competitive prices. It has previously stated this and invested accordingly.

“Vodafone has likewise felt the need to enter the market for fixed broadband services. These moves by TPG and Vodafone are likely to improve competition and future market contestability,” Sims said.

The ACCC chair argued that TPG was the "best prospect Australia has" for a new mobile network operator to enter the local market describing an un-merged TPG as "the last chance we have for stronger competition in the supply of mobile services."

TPG had been rolling out its own mobile infrastructure but pulled the pin in late January, blaming a government decision to ban Huawei equipment from being used in future 5G networks.

“TPG has the capability and commercial incentive to resolve the technical and commercial challenges it is facing, as it already has in other markets," Sims said.

"TPG already has mobile spectrum, an extensive fibre transmission network which is essential for a mobile network, a large customer base and well-established telecommunications brands.”

TPG and Vodafone unveiled plans for a “merger of equals” in August last year.

The ACCC said in December last year its “preliminary view is that the proposed merger will substantially lessen competition by removing TPG as an aggressive competitor in the supply of retail mobile services.”