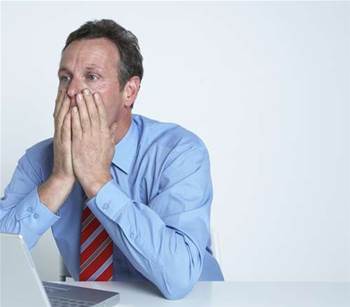 Decision unlikely before end of March.

TPG and Vodafone are yet to convince the Australian Competition and Consumer Commission (ACCC) of the merits of their proposed $15 billion merger.

The watchdog today said its “preliminary view is that the proposed merger will substantially lessen competition by removing TPG as an aggressive competitor in the supply of retail mobile services.”

In a statement of issues [pdf], the ACCC said that a merger “would likely result in higher prices and lower service levels (for instance, data inclusions, contract options, customisation, bundling and multi-product offerings, speed and service performance and reliability) for retail customers compared to a future in which TPG is a standalone fourth mobile network operator”.

“The ACCC considers that without the merger, TPG would likely adopt an aggressive pricing strategy, offering cheap plans with large data allowances,” it said.

The ACCC is accepting industry submissions on the concerns it has raised. While it won’t publish these submissions, it is giving itself until at least March 28 next year to consider them and make a final ruling.

Though it harbours concerns about the merger, the ACCC indicated it was still open to the idea that the merger could work.

“The ACCC is considering the counter argument, that the proposed merger would create an effective competitor that would impose a stronger constraint on Telstra and Optus,” it said.

“This is based on the complementarity of the merger parties’ assets and potential efficiencies generated by the proposed merger that may enable the merged entity to increase and accelerate its infrastructure investment compared to a standalone TPG and standalone Vodafone.”

The ACCC will also closely examine the likely impact of removing Vodafone as a competitor in the fixed broadband market.

“Although Vodafone is currently a relatively minor player in fixed broadband, we consider it may become an increasingly effective competitor because of its high level of brand recognition and existing retail mobile customer base,” ACCC chair Rod Sims said in a statement.

How a merged entity could play in the 5G space is also being scoped out; TPG and Vodafone jointly won spectrum in last month's 3.6GHz auction.

Vodafone Hutchison Australia said that the ACCC’s outlining of concerns with the proposed merger “wasn’t unexpected” given the size of the transaction.

“The implementation of the Scheme remains subject to approval by the Federal Court and TPG Telecom shareholders as well as other regulatory approval processes,” the telco said.

“Vodafone remains confident the merger will be completed in the first half of 2019, subject to approvals.”

TPG likewise said in a financial filing that it remained “confident” that the deal would go through.