TPG stops its mobile network due to Huawei ban 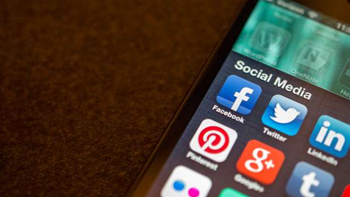 No upgrade path to 5G.

TPG is stopping the rollout of its mobile network because the government’s ban on Huawei equipment for 5G networks would prevent it from ever being upgraded.

The company has been rolling out a small-cell network in major metropolitan areas using Huawei equipment.

It has so far spent $100 million on the rollout and implemented 900 small cells out of a total of 1500 sites for which it had purchased equipment.

However, it had been banking on the network being upgradeable to 5G, also using Huawei equipment, and with the government’s ban in August last year, that path has now been blocked.

“The company has been exploring if there are any solutions available to address the problem created by the Huawei ban but has reached the conclusion that it does not make commercial sense to invest further shareholder funds (beyond that which is already committed) in a network that cannot be upgraded to 5G,” the company said in a financial filing.

The decision to kill off the mobile network means that TPG owns 4G spectrum it can’t use. It is also the joint owner of future 5G spectrum worth $263 million, which it bought with Vodafone at a recent auction.

“The Board is not in a position at this time to announce any decision on its future strategy for TPG’s current spectrum holdings,” the company said.

“It will consider carefully all the options available and will update the market once a decision is made”.

TPG’s executive chairman David Teoh said it was “extremely disappointing” to have to pull the pin on the rollout and the company’s 5G ambitions, which he said had been “undone by factors outside TPG’s control”.

TPG said it did not expect any impact on its FY19 guidance. It also “does not anticipate having to write-down, at this time, the mobile network costs capitalised to date”.

The company announced back in April 2017 that it would become Australia’s fourth mobile network operator. It had previously only offered mobile services as a mobile virtual network operator (MVNO).

TPG said at the time that its mobile network would cost it about $2 billion, consisting of $1.23 billion of spectrum (for which it paid well over reserve price) and $600 million in network costs.

It had expected to deploy equipment at between 2000 and 2500 sites nationally.

TPG is currently attempting to merge with Vodafone Australia in a $15 billion deal, subject to regulatory approval.

Vodafone previously warned that the Australian government's decision to ban Huawei from local 5G networks could change the economics of planned builds.

"The government considers that the involvement of vendors who are likely to be subject to extrajudicial directions from a foreign government that conflict with Australian law, may risk failure by the carrier to adequately protect a 5G network from unauthorised access or interference," the government said at the time.