TIO on shakeup path, starting with its own board 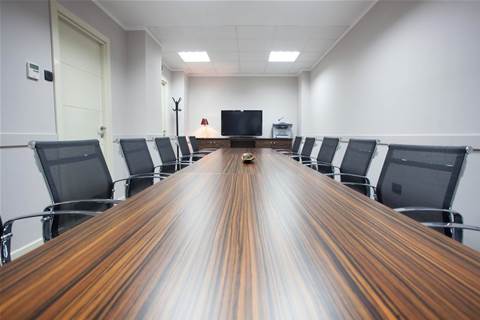 Automatic seat at the table for Telstra and Optus could end.

The first signs of progress in a proposed shake-up of the Telecommunications Industry Ombudsman (TIO) are emerging, as the ombudsman begins consulting on the removal of alleged industry influence.

The TIO was last year told by the government to “voluntarily” strengthen the scheme it runs by November 2019.

The biggest proposed change would make it much more difficult for the TIO to take on a consumer’s internet or phone complaint in the first place; consumers would have to prove they had exhausted all other resolution avenues first.

It’s not clear how the TIO is progressing on this count.

The ombudsman said yesterday it is considering all ways the government recommended the TIO scheme be changed, but that it is prioritising the consideration of some over others at this point.

The issues set to be focused on initially are recommendations that deal with the potential for industry players to exert undue influence on the scheme.

Among the government’s recommendations, Telstra and Optus would lose guaranteed spots on the TIO board, and directors would not also be employed by telcos.

The board make-up is currently an independent chair, two independent directors, three directors with “consumer experience” and a further three with “industry experience”.

“There is no requirement that the directors with industry experience be independent of telecommunications industry participants,” the TIO noted.

“They are often employed by industry participants, i.e. members of the TIO scheme.”

The TIO acknowledged the potential for “external observers” to perceive governance impacts due to some directors holding positions with telcos.

However, it countered by arguing “this would merely be an erroneous conclusion … since if a

director correctly understands and performs their role, they will act in the best interests of TIO and not seek to advance the interests of any particular member to the detriment of [the] TIO, nor to become

involved in the handling by the TIO scheme of any complaint.”

“Arguably, adopting the report's recommendation may result in board representation without a nuanced and detailed understanding of current industry issues – which understanding may be seen as a fundamental requirement of an industry ombudsman scheme,” the TIO said.

The ombudsman also argued that placing stringent independence clauses on all directors could make it difficult to find suitably qualified people.

The TIO indicated it could understand how perceptions could be clouded by the fact that the two biggest telcos got an automatic seat on the TIO board.

The TIO is taking feedback on the constitutional change proposals until June 27.

Industry has already raised concerns about a possible restructure of the TIO in the name of independence.