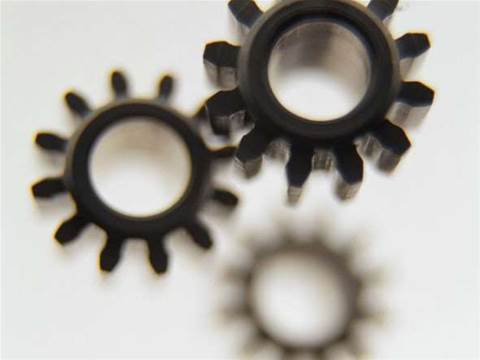 The exclusion of chief information officers from the executive boards of three of Australia’s big four banks has raised technology industry concerns about continued innovation in the financial services sector.

The restructure saw Westpac CIO Bob McKinnon come under the direction of chief operating officer John Arthur, after having reported directly to CEO Gail Kelly since 2008.

The trend could dilute technology’s contribution to businesses, an AIIA financial services panel heard on Friday.

“When you’re one step away from the decision makers, it’s really really hard to influence innovation,” said Jason Millett of MillStreet Consulting.

“How often have we seen our innovative ideas that have been generated from the coding floor, call centre, data centre or wherever it may be, get diluted as they get further and further up through filters of ignorance or misunderstanding?”

Millett credited McKinnon’s leadership during the past three years for the relative success of the SIP program to date.

Earlier this year, McKinnon told a CEDA conference that the bank had no IT strategy to speak of when he joined, due to “years of chronic underinvestment” in technology.

Prior to McKinnon’s arrival, Westpac’s IT was overseen by operations manager Trudy Vonhoff, who reported to Diane Sias, head of the business technology solutions and services division.

Like rivals ANZ and NAB, Westpac now relies heavily on outsourcers like IBM, Microsoft and Fujitsu for its IT, seeking staff with commerce, legal and finance skills to manage outsourcing relationships.

McKinnon’s new boss Arthur certainly fits that bill, having worked at law firms Freehills and Gilbert and Tobin, and most recently as Westpac’s group executive, counsel and secretariat.

Millett, a proponent of the utility and cloud computing models, acknowledged that IT shops need legal experts to look over contracts with their service providers.

But “you can’t outsource thought leadership and overall accountability and responsibility”, he said.

Millett explained that businesses need IT leaders to worry about innovation, applications development pipelines, the consistency of IT services, enterprise architecture, capital allocation and project governance.

He urged financial services organisations to move away from traditional cycles of big-ticket IT projects and tight budgets, noting that “legacy will only disappear if you continually invest to remove it”.

“I’m on a big crusade with people who think we’re in the old paradigm of spending billions of dollars doing a project and then the project is over and there’s no money left to continue to build it,” she said.

“The pace of change is completely different and IT is a living, breathing part of the organisation. There is no such thing as a project that ends and you can walk away.”

“In some respects it feels like 1997 or '98 – just before that last internet boom hit,” Higgins said, predicting the rise of augmented reality and smartphone applications that made users’ lives simpler by combining various services like loyalty cards.

Shipley highlighted the opportunities that banks could draw from analysing social media information, which could identify the social value of customers who may not be as financially attractive.

He cited a need to balance short- and long-term investment, urging organisations to establish IT teams with the right mix of consensus, diversity, conflict and funding to “facilitate ideas bubbling up”.

Millett took a position of “credibility and reality”, telling attendees of the Sydney event that “we’ve always wanted to put someone on Mars, but never probably got further than the inner western suburbs”.

Financial services firms faced cost pressures, he said, and would likely seek to monetise mobile and social networking technology after having invested “huge amounts” on IT.

“There’s a lot of credibility that needs to be proven off the investments of the last three or four years,” he said.

“I think there’s going to be a trend which encapsulates both mobility and social networking but that trend will be monetisation of those services through the financial services channel. I don’t think there’s anyone that knows how to quite do that just yet.”