The NBN Co Business plan at a glance 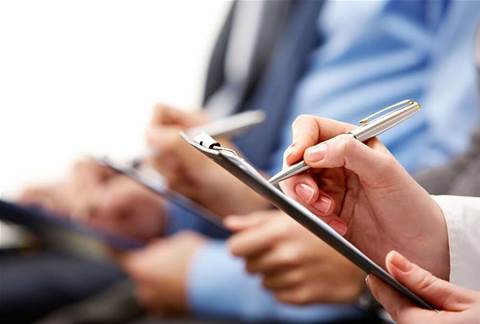 Everything you need to know in one fell swoop.

The 160-page document revealed that uniform national wholesale prices would start at $24 a month for a basic 12/1 Mbps service, while a high-end 1 Gbps downstream service would cost $150 a month.

Just over half a million Australians were expected to be using NBN-supplied services by June 2013, with the network passing around 1.7 million premises at that time, and 10 million houses after 9.5 years.

First and second release sites for the NBN were expected to be delayed by changes to NBN Co's Points of Interconnect plan, under which it would build 120 PoIs in accordance with ACCC recommendations, rather than the 14 aggregation points the network builder originally proposed.

NBN Co expected to spend a total of $35.9 billion in capital expenditure, plus $21.8 billion in operating expenditure, including $13.7 billion to lease assets from Telstra.

Between now and 2021, the company expected to require $27.5 billion from the Australian taxpayer and a further $13.4 billion in debt funding - a total of $40.9 billion.

In May 2010, the NBN Implementation Study estimated taxpayer inputs of $26 billion. Opposition communications spokesman Malcolm Turnbull labelled the $1.5 billion increase as a "blow out".

NBN Co's predictions also assumed -- perhaps optimistically -- that the Federal Government would continue to provide the required funding and grant it "powers and immunities" to deploy the network despite any opposition from State or Local Government authorities.

The Corporate Plan also assumed that the Government would pass "cherry picking" laws that prevented NBN Co's competitors from over-building networks in high-density areas. Without this law, NBN Co's rate of return would fall to below five percent, resulting in up to $2 billion more in costs to the taxpayer.

NBN Co also assumed that that Telstra shareholders would agree to lease Telstra's fixed assets for $13.7 billion, that Federal Government would allocate the 2.3 GHz spectrum exclusively to NBN Co for the provision of wireless services, and that no Australian businesses and no more than 13 percent of residential premises would have no need for the fibre network.

It also expected the wider telecommunications industry to comply with ACCC regulations around wholesale pricing, and that it would have a role in connecting "non-premise" nodes such as Automatic Teller Machines and traffic lights on a commercial basis.

Turnbull claimed the Corporate Plan showed "no evidence" of a requirement for 100 Mbps internet speeds in the household sector, despite NBN Co claiming that applications such as social media, multimedia, basic entertainment and news and "cutting-edge voice, video, data and graphics" would spur greater use of the network.

NBN Co chief executive Mike Quigley told media that user demand was exponentially increasing and there was little evidence to suggest it would flatten during the construction period. And should its assumptions not pan out, NBN Co left open the possibility that it would alter prices to arrive at its revenue projections.

The company planned to buy excess satellite capacity from existing private operators until launching its own satellite in the 2015 financial year, when it would begin seeking funds from capital markets that year.

Defending the release of NBN Co's business planning documents, Communications Minister Senator Stephen Conroy said it had "never been done before" for a government enterprise.

"It certaintly didn't occur under the Howard government," he said. "The Gillard Government is committed to ensuring Australians are provided with as much detail as possible without compromising commercial sensitivities.

"It means all Australians can look at the assumptions and costings of the NBN. It's important to note that taxpayers will get their investment back from the NBN with interest and they will get a network they can use for decades."