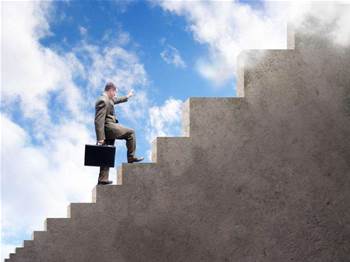 Where are they now?

Queensland's Newman Government has called for the public servants involved in Queensland Health’s failed payroll project to be held to account after a damning report was handed down by inquiry commissioner Richard Chesterman last week.

The question is, who's left to reprimand?

The two individuals that came under the strongest criticism were former CorpTech executive director Barbara Perrott, and contractor Terry Burns. Both have since retired.

Perrott was singled out for her role in enabling Burns to run the procurement process, despite him having a clear preference for IBM and acting inappropriately in his treatment of tenderers. Chesterman also found Perrott neglected to appoint a probity officer to the project, and failed to provide the public servant responsible for assessing the pricing of project bids with the information required to do so properly.

Had Perrott heeded warnings about Burns’ style and approach, and provided the oversight required during the procurement process, IBM may never have been appointed.

Other public servants that took heat for allowing the project to enter what one witness called a “death spiral” were Michael Kalminios, Adrian Shea, and Anthony Price. Kalminios and Shea were sacked in 2010 for failing to escalate concerns about what would happen after the payroll system went live. Price was shunted into another department and is now semi-retired.

And what of their superiors? Chesterman acknowledged the concerns expressed by Kalimnios and Shea had not been acted on. But neither then Queensland Health Director-General Mick Reid, or Public Works Director-General Mal Grierson had any interest in taking decisive action.

Grierson and Reid were both blamed for the State’s decision to settle with IBM, giving up any right for future legal action over the failed project. Reid, who sacked Kalminos and Shea, was found to have only acted when it was in his self-interest to do so.

Grierson received a $764,000 payout by the former Bligh government in 2011 and is now retired.

Reid, who resigned from Queensland Health in 2011, has entered the private sector as a consultant working with McKinsey & Company, and more recently as National Healthcare Markets leader at PricewaterhouseCoopers. He is also the acting Chair of the Royal Flying Doctor Service and sits on the board of the National Health Performance Authority.

IBM in the spotlight

In the aftermath of the report, Queensland Premier Campbell Newman directed his angst firmly in the direction of executives from the system's supplier, IBM.

IBM executives involved with the failed project did not - at least in comparison to their public sector peers - leave it with their career in tatters.

Lochlan Bloomfield, the executive that led IBM’s bid, was found to have acted in breach of his employer’s business conduct guidelines. He remains IBM’s commercial and public sector lead in Queensland.

Bloomfield admitted misusing a competitor’s confidential information, observing without objection a colleague’s distribution of information “leaked” from CorpTech. He was also found to have sought and gained unauthorised and unlawful access to competitor information from CorpTech’s database. Probably most damning, Chesterman also found Bloomfield to be dishonest in his testimony to the Commission.

After initially stalling on the issue, IBM admitted Bloomfield had received two bonuses for his efforts in 2008 - a profit sharing payment $55,000, and a “Service Eminence Award” of $12,000 for helping secure the whole-of-government deal.

Joseph Sullivan, working for IBM in Melbourne at the time of the bid, was found to have sought access to Accenture’s and Logica’s responses on a CorpTech file drive. Sullivan returned to IBM three years ago, when the IT business he was working for at the time was acquired by the tech giant in the UK. The Commission had to go to some lengths to locate Sullivan after IBM advised he was no longer working for IBM Australia.

The two other IBM executives named for accessing or distributing competitor information during the bidding process were Jason Cameron and Cheryl Jensen. Cameron is now a director in PricewaterhouseCooper’s Brisbane consulting business and Jensen is an account director at SAP.

Bill Doak, the IBM executive in charge of the entire prime contractor program of work IBM was tasked with, personified IBM's attitude to the project.

During his testimony, Doak acknowledged few material deficiencies in the payroll system after it went live, despite overwhelming evidence to the contrary. Doak was recently promoted to a regional role at IBM, as public sector lead for growth markets.

Last week iTnews asked IBM if any action had been taken against those IBM employees found to have breached the company’s own conduct guidelines. The company declined to comment, referring back to an earlier statement in which the company said it did not accept many of the findings of the inquiry.

It's hard not to conclude that winning lucrative government projects, regardless of how or if they are delivered, is what is ultimately rewarded.

As Chesterman himself aptly noted, success has many fathers, but failure is an orphan.