That's it for IPv4, go all IPv6: Internet Architecture Board 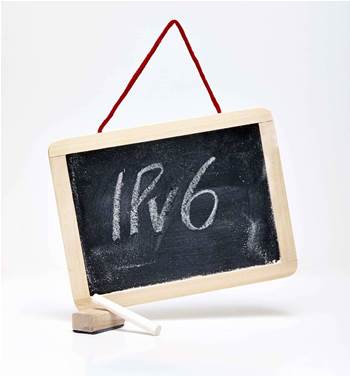 Future internet protocols and standards will not require compatibility with the original IPv4 addressing scheme, after the unallocated space of IPv4 addresses officially ran out.

The Internet Architecture Board is now recommending the industry get ready to operate solely on the newer IPv6 and leave IPv4 support behind.

The IAB, in conjunction with the Internet Engineering Task Force (IETF), today advised standards development organisations that the remaining pool of unassigned IPv4 addresses has been exhausted.

Warnings that IPv4 address allocation pools are drying up as the number of internet-connected devices rapidly grows have been issued for several years.

The unallocated IPv4 address pool at the Internet Assigned Numbers Authority (IANA), the body that controls numbers for protocols, was exhausted in February 2011.

The Asia-Pacific Network Information Centre (APNIC), the regional internet registry (RIR) that Australia falls under, saw its stock of IPv4 addresses run out in April the same year. Other RIRs followed suit, and the American Registry for Internet Numbers' IPv4 address pool was exhausted last September.

As a result, IAB said the growing trend of dual-stack IPv4/IPv6 and IPv6-only deployments will only accelerate.

It has therefore advised standards development organisations to move away from IPv4.

Network operators and device vendors are similarly being advised to switch to the newer IPv6 scheme, which has a far larger amount of available addresses than IPv4.

However, as IPv6 is not directly compatible with IPv4, uptake of the newer addressing scheme has been slow, only accelerating in recent years. As of early November this year, Google placed the uptake at 14.6 percent of its total user base.