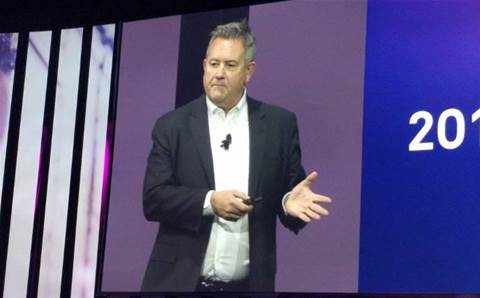 Telstra’s group managing director of networks Mike Wright will move on from the telco in September, leaving it to others to oversee the company’s critically important 5G build.

Wright has been with Telstra for nearly 40 years and would leave “an impressive legacy in Telstra’s world class wireless and fixed networks”, the company said in a statement.

“I joined Telstra as a graduate in 1980 and it has been my pleasure to work with a brilliant group of people over the years,” Wright said in a statement.

“I am very proud of everything we have achieved and I will be leaving Telstra in a few months knowing that the team is on the cusp of great success in bringing the next generation of networks to Telstra’s customers.

“The time is right for me to enjoy a break and then take a new direction in my career.”

Wright’s exit is a major loss for Telstra, although he has largely laid the technology foundations for the company’s future 5G play.

He has also been incrementally pushing the performance and capacity of Telstra's 4G network to gigabit peak speeds in recent times.

Telstra said last month that it would look to “lead” on its 5G network deployment, as the telco continued to struggle to combat the loss of its traditional wholesale business and the compressed margins of being an NBN reseller.

The telco is also heading into a large cost-cutting exercise that will see around 9500 staff leave and about 1500 new roles created.

Union officials said this week they were still unsure which areas were to be cut, and when.