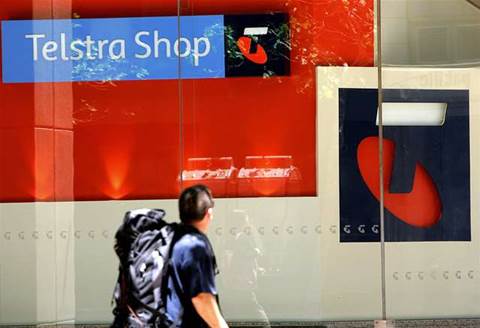 Telstra is set to bring 2Gbps theoretical peak speeds to “high traffic” portions of its LTE network later this year.

The telco first launched gigabit speeds on 4G in CBD zones in early 2017, and is now hoping to double that to 2Gbps over LTE.

Group managing director of networks Mike Wright said the telco had started tests overnight in an Ericsson lab in Sweden “with a prototype commercial device”.

The tests followed an earlier demonstration of the technology at this year’s Mobile World Congress in Barcelona.

“The results continue to be very positive, again demonstrating that by aggregating 100 MHz of spectrum across five frequency bands and utilising 4x4 multiple-input and multiple-output (MIMO) technology, speeds of 2Gbps can be achieved over 4G,” Wright said in a statement.

“With the early success of the latest testing, we can now begin to plan to deploy the 2Gbps enabled 4G technology in our network, targeting high traffic areas like CBDs, stadiums and shopping centres.

“This will support even greater capacity and faster mobile speeds for our customers as the demand for data continues to grow.”

Wright said the technology would be found “in select locations later in 2018”, coinciding with the expected commercial availability of a new Netgear Nighthawk mobile router that can take advantage of the extra speed.

Wright noted there is still “plenty of life left” in 4G, despite the growing buzz around 5G technology.

“For most initial uses, 5G will not be a standalone technology,” Wright said.

“This means the quality of the underlying 4G service and how it integrates with 5G will go a long way to determining the overall mobile experience.

“As this testing shows, there is still plenty of life left in 4G as we continue to invest in faster speeds and greater capacity on 4G as part of delivering the best mobile experience for our customers.”