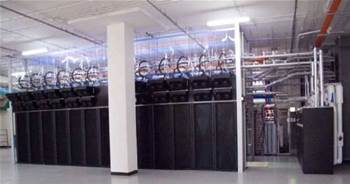 To remove temptation to raise prices.

ADSL and other copper-based services will remain regulated until at least mid-2024, though how they are to be priced at a wholesale level won’t be determined until next year.

The decision was driven in part by concerns that, in the absence of regulation, Telstra would try to raise the cost of ADSL services.

“Declaration will continue to promote competition in the markets for fixed-line voice and broadband services by allowing access seekers to continue to actively compete to build market share prior to moving to the NBN,” the ACCC said in its final decision.

“Without declaration, Telstra retains the ability and incentive to use its market power arising from its control of the legacy copper network to raise prices for access seekers.”

The current wholesale regulations expire at the end of July 2019.

Between now and then, the ACCC will consult on how to price copper-based services into the future.

Last time, Telstra was forced to drop its wholesale prices by 9.4 percent; it had argued they be increased 7.2 percent but lost out.

Copper-based services remain important not just for those yet to be offered an NBN connection.

“While the NBN will be available to all premises, the copper network is not required to be
‘switched off’ in NBN fixed wireless and satellite areas,” the ACCC noted.

“To the extent users choose to stay with their copper based services in these areas, this may have the effect of slowing migration to the NBN.”

“Continuing regulation during the NBN build and migration period will ensure service providers that use Telstra’s copper network at reasonable terms and prices,” ACCC chair Rod Sims said in a statement.