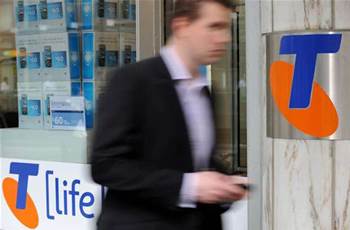 Telstra has lost its fight to get the fees it charges wholesale partners to access its fixed-line copper network raised by 7 percent, after the competition watchdog today cemented its draft ruling to instead drop the charges by 9.4 percent.

In June the ACCC issued its draft determination on pricing for the declared fixed-line services, bumping up its previously proposed 0.7 percent fee drop to 9.6 percent after receiving more detailed information on Telstra's operating expenditure and considering forecasted inflation and interest rate movement.

Telstra had argued for a 7.2 percent increase in the charges to account for rising costs resulting from users churning off its network and onto the NBN. It said it was expecting a 62 percent fall in fixed-line demand by FY2019.

It claimed that while some of its fixed-line costs could be cut as uptake of the NBN accelerates and more users are switched off copper, the decline in costs would not match the decline in demand.

But the ACCC said the wholesale charges needed to fall to make sure end users don't suffer "absurd pricing", and to ensure price stability and competition.

Today the ACCC issued its final ruling [pdf] for a wholesale price drop of 9.4 percent, keeping mostly in line with the 9.6 percent fall it had proposed in its draft determination.

The ruling will see prices decrease across the seven fixed-line access services from November 1 this year until June 30 2019.

ACCC chairman Rod Sims said end users of Telstra's network should not be lumped with higher costs as customers migrate to the NBN.

"If there is no adjustment for these higher costs then customers who have not yet been migrated to the NBN will ultimately pay significantly higher prices for copper based services,” Sims said in a statement.

“The ACCC has taken this approach because it considers that users of the fixed line network have not caused the asset redundancy and under-utilisation and will not be able to use those assets and capacity in the future.

"It would not be in the long term interests of end users for costs to be allocated to users of the network who do not cause them, particularly when Telstra has an avenue to recover those costs.”

He said downward pressures such as lower expenditure, falling cost of capital and how Telstra is handling the effects of NBN migration more than offset the costs associated with its shrinking fixed-line market.

Telstra labelled the move "disappointing" and said it would be considering its options for appeal.

"The decision does not follow the ACCC’s own fixed pricing principles that require Telstra to be given the opportunity to recover from wholesale customers the costs of providing services to them," a spokesperson said.

"Any regulated entity should be concerned by this decision, especially in circumstances where merits review has been removed.

"Investors in infrastructure need a regulatory framework in which fixed principles are followed, as regulatory certainty is important to allow for efficient investment decisions to be made in these important markets."

The Competitive Carriers Coalition, an industry body representing smaller telcos, praised the ACCC for its decision.

"We're very pleased to see the Commission stuck to its guns on its most recent draft determination and delivered a material reduction," a spokesperson said.

"It really couldn't have, on the evidence, done anything less than that and been credible, despite what Telstra had argued."

Specific pricing for each can be found here.