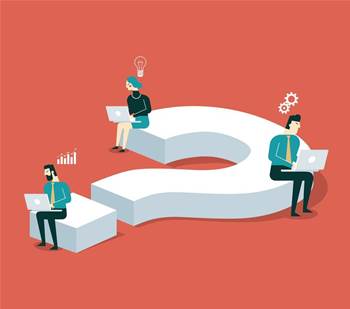 Telstra’s challenger brand Belong rebuilt its data infrastructure and culture over the past two years to make it clearer how “micro decisions” made by staff impact customers and therefore the telco’s profitability.

Chief digital officer Natalie Field told a pair of AWS-run events over the past week that Belong wanted its business decisions and internal metrics to be underpinned by solid data foundations.

This had led to stability improvements for its telecommunications services and helped staff to validate the business case for automation pursued during the pandemic period.

“We focused on breaking down the drivers of our P&L [profit and loss] so people can understand what they do, the metrics they lead and how that contributes,” Field said.

“We really recognised that the point of having data is to improve decision making and connecting the data to action so that it improves customer experience and business performance.

“That enabled everybody across the business who make ‘micro decisions’ every day [to understand how] it all contributes to us delivering on our strategy.

“There was a real ‘felt’ responsibility that came along with that.”

Field said the big change for Belong was creating an expectation internally that all decisions, no matter how small, should be supportable.

“Certainly for us over the past two years, it has been more about those daily ‘one percent’ innovations like creating a new process or changing the way we use technology to improve the outcomes that has really made the biggest impact to our customers and to our business performance,” Field said.

“We’ve really focused on educating people across our organisation to use data in that decision making, so that all those tiny micro decisions that get made by everyone across the org every day could contribute to the strategy and what drives our P&L.

“We’ve set a tone and expectation that data is ... to be used in our decision-making.”

Case-in-point, Field said that "today, our product owners are really focused on coming to every prioritisation discussion with data to back up their hypotheses, even if the data isn't perfect."

"One of our team was telling me that he feels embarrassed if he comes to a meeting without data to back up what he's proposing," she said.

"Whilst we're not wanting to drive a culture of embarrassment or shame, I guess what it told me was that our expectations are clear that we really want to see data in the decision-making.

"We've come a long way from having basically zero data in our decision-making, and also very little trust in our data."

Early on, one of the major use cases for data-driven decision-making was Belong’s pursuit of stability improvements to its telecommunications services.

“We are an essential service,” Field said.

“Customers dont really want to have to ever talk to us. They just want a service that works.

“We recognised that when we have instability in our service, customers 1) call us, which impacts our EBITDA but 2) they’re a lot more likely to churn which will impact our revenue.”

Field said that “relentless use of data” by Belong’s site reliability engineering (SRE) and operations teams “to identify root causes of issues to customer service” had resulted in incremental improvements that eventually made a sizable difference.

“Week after week, so much of their work was invisible - until it wasn’t,” she said.

“A couple of weeks ago we had a look at the aggregate view of the last six months’ performance and we’ve actually seen a 43 percent improvement in service runtime.”

Similarly, a focus on improving the stability of mobile services - and reducing support tickets - had cut errors “customer-facing errors by 75 percent” and improved Belong’s ability “to identify and rectify problems in less than half the time,” Field said.

“That has enabled us to shift to a more proactive rather than a reactive way to deal with these problems.”

Field said Belong intended to be more predictive with data as it continued to build out its data ecosystem and mature its internal capabilities.

“An example of that would be to be able to provide predictive outage notifications for our fixed broadband customers,” she said, though it was unclear on what timeline this work might occur.

More recently, Field said data-driven decision making had informed some of the customer service-related directions that Belong took as a result of the pandemic.

iTnews has previously reported on the digital service model that Belong has stood up over the past six months.

Field said that Belong’s product managers used the data-driven processes to validate a hypothesis around automating service disconnection processes during the pandemic.

The automation was intended to relieve pressure on customer service agents and to solve the customer’s support request faster.

“[The product manager] said that having data to quantify the impact of the problem and the value of the expected solution was critical in gaining support for prioritisation [of the automation] and getting the resources [to make the change],” Field said.

“But more importantly, that data told a really powerful message and shifted our product team to feel deeply committed to solving that problem, rather than being compliant and feeling like they were being told what to do.

“What that resulted in is that, without being asked, the team ended up working through an evening and the weekend to get the solution out there because they really wanted to make a difference to our customers and our people, because they really believed in what we were doing.

“That for us is a real example of how data becomes that foundation for innovation.”

Additionally, Field said Belong had released “a new product experience” earlier this month that sits atop “an entirely new stack”.

“Whilst our teams had done closed user group testing it was going to be the first time that we had real paying customers using this capability,” she said.

“There was huge anxiety and stress for the teams but it was a really incredible example of how data can bring everyone together at every level in every role.

“We saw real-time discovery on where the experience was performing better than we expected and where it was less than expected, which meant that we could really focus on what we needed to prioritise next.”

Part of Belong’s data-oriented efforts over the past two years were about insourcing analytics capabilities, after relying heavily on a consultancy in its early embrace of data science.

“We outsourced a lot of the thinking and doing in the beginning to a consulting partner for our new data ecosystem which meant we didn’t have that level of ownership that we needed to achieve when we’re talking about data as part of our ecosystem and everyday thinking,” Field said.

“We had to shift that approach and work hard to build out our team, leveraging [external] expertise but having our own capability and building that capability internally.”

Field said there was more to do, with the company continuing to add to its data tooling and building out its capabilities around machine learning.