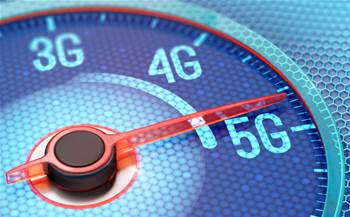 Telstra has participated in a technical 5G trial that enabled it to achieve a “theoretical maximum” uplink speed of 986Mbps.

Enabling the configuration commercially would enable Telstra “to more than double the current uplink throughput in its 5G network,” it said in a joint statement with Ericsson and Qualcomm.

“This is particularly important for supporting applications and services that involve uploading vast amounts of data.”

Telstra’s group executive of networks and IT Nikos Katinakis said the near 1Gbps mark “set a new record in the uplink on a commercial 5G network”.

It utilised both millimeter wave and 3.6GHz spectrum.

“The high uplink peak rate was reached by combining the data rates from both mid-band and high band (millimeter wave) to fully utilise Telstra’s spectrum for improved user experience,” the participants said.

Carriers have been running multiple tests of 5G capabilities on millimetre-wave spectrum.

Telstra already has a number of towers where millimetre-wave services are live.

Optus said earlier this month it has a millimetre-wave 5G proof-of-concept currently underway at an indoor children’s play centre in Melbourne, and that it hopes to commercialise a home internet service that uses the spectrum soon.