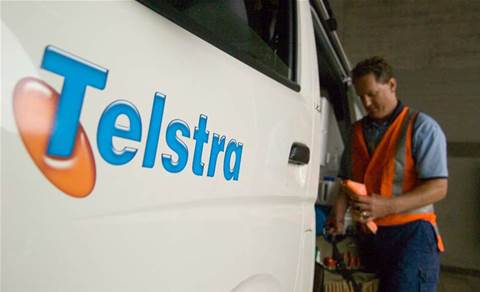 Telstra will cut as many as 1400 jobs across the business as part of a wide-ranging cost-cutting initiative.

The telco is set to meet the Communications Workers Union (CWU) at 2pm tomorrow to provide a brief on the job cuts, the CWU told iTnews.

Staff are being informed at the time of writing. Telstra declined to comment.

Telstra has around 32,000 staff, and last year signalled its intention to reduce costs by $1 billion over five years.

This has resulted in a steady workforce reduction campaign that has seen hundreds of workers let go over the past six months.

Update: Telstra has blamed the NBN and digital disruption for its decision to drastically restructure its workforce. Read more here.

CWU assistant divisional secretary John O'Donnell - the highest ranking telco officer at the union - told iTnews the cuts would affect workers from all across the business.

While the union has yet to receive official detail from the telco - it will first inform its staff this afternoon - O'Donnell said big cuts were expected in field services as well as retail.

He said the telco's CNM - customer network management - division would also likely be affected in what would effectively wipe out the unit.

The CNM unit's main role is to make permanent repairs to the copper network.

But as the rollout of the national broadband network ramps up and Telstra's copper network is switched over to the NBN, the repair workers in the CNM will progressively not be needed.

O'Donnell told iTnews he expected the bulk of the CNM redundancies to be made across South Australia, Western Australia, and the Northern Territory.