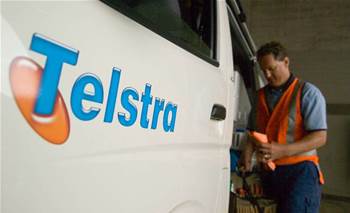 Telstra is set to make deeper cuts to staff as part of a design function reorganisation that it has been scoping for over a year.

The telco unveiled a proposal in September last year to consolidate design functions for its wideband transmission network into three centres of excellence and outsource some work to “existing industry partners”.

The initial proposal was to cut 53 jobs – a net loss of 44, given Telstra planned to create nine new roles based in Victoria.

Following consultations with the Communications Workers Union (CWU), it is understood Telstra decided to proceed with the changes to its design area in April this year, which it said would affect 55 staff, slightly up from the original 53.

Now the union said it has been advised that “eventual (net) job losses” from the restructure will be 87 people, “considerably higher than the 55 initially flagged by Telstra”.

The CWU said in a statement it was “seeking an explanation from Telstra about the process that has led to this increase in numbers”.

A Telstra spokesperson told iTnews that, as had been flagged last year, the telco had hoped to create and fill new roles, reducing the net impact of the planned cuts.

"The proposal that was announced … included a number of new roles which every affected employee was invited to apply for,” Telstra’s spokesperson said.

“Some employees chose not to apply for one of these new roles which accounts for the majority of the increase.

“There were also other employees who were not successful in their application for one of the new roles.”

The union indicated that staff in the division had either been offered “redundancy, forced reassignment” or the ability to apply for a newer role.

One of the underlying issues in the reorganisation is an alleged downgrading of some of the remaining design positions.

The CWU was concerned that some skills were effectively devalued internally and questioned the impact that would have “for current salary levels” of staff doing that work.