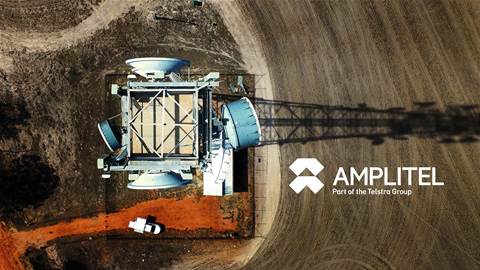 After completing the sale of 49 percent of it.

Telstra has decided to rebrand the infrastructure business that houses its telecommunications tower assets from ‘InfraCo Towers’ to Amplitel.

Telstra said in a blog post that it chose the name Amplitel “as a hybrid of the words ‘amplify’ and ‘Telstra’.”

The new name comes as Telstra completed the sale of a non-controlling 49 percent stake in the business to a consortium of government and superannuation interests for $2.8 billion.

“This transaction clearly recognises the strength and value of our InfraCo Towers assets, which contains some of the most strategic infrastructure in the country,” Telstra CEO Andrew Penn said.

It would look to generate revenue from other mobile carriers, along with governments and “public and private organisations” that need space on the assets.

“While Amplitel is a new organisation, its foundations are more than 100 years old,” Penn said.

“It’s a legacy we’re immensely proud of – but we’ll also be pushing forward to create our own unique offerings, creating a more connected Australia now and for the future from the ground up.”

About half of the proceeds of the partial Amplitel sale will be returned to shareholders during FY22 “via an on-market share buy-back.”

“The remainder of the net proceeds from the transaction will be used for debt reduction to ensure Telstra maintains balance sheet strength and flexibility,” the telco said.