Telstra rejigs how it markets products built by Agile teams 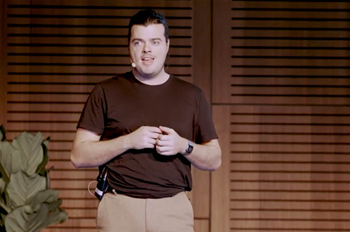 Telstra is having to rethink the way it markets products that are built and improved in an Agile manner, given their potential to quickly evolve and deviate from the way in which they were originally sold.

Senior lead for entertainment products, Lewis Evans, told the recent Adobe Symposium in Sydney that his team is experimenting with the way it works with Telstra marketing to resolve these kinds of challenges.

Entertainment products’ responsibility includes the Telstra TV streaming set-top box, which Lewis said is “in one in every 10 homes”.

Lewis said that, through Agile at scale, Telstra is “fundamentally changing the way we approach building products”.

Agile ways of working were initially adopted by Telstra product and engineering teams, such as entertainment products, before starting to fan out into other parts of Telstra beginning last month.

Lewis saw considerable positives in Telstra’s expanded use of Agile.

“As small teams and small pockets across Telstra have taken this kind of Agile approach, it's created a bit of a catalyst for the entire organisation,” he said.

Within entertainment products, Agile had been a positive.

“Every fortnight we are talking to our customers about something new that we're building - it's a very different attitude.

“We're releasing alphas and betas to our customers. They're expecting code and products that aren't necessarily the polished item. But they're allowed to get in, provide feedback, and they want to be involved with the way the products are being built.”

But, he noted, as the way Telstra built its products changed, it also needed to change the way it marketed them.

“I think the challenge there is, as a marketing team or as marketing professionals, how do we actually frame and build our campaigns around features that are constantly changing and that aren't perfect the first time?” he said.

“How do we actually communicate that to our customers and make sure that that lands appropriately and we get the right outcomes?

“It's a really interesting challenge and something that we're grappling with a lot, and we have a lot of tension with our teams around that.”

Lewis indicated his team is experimenting with working more closely with marketing.

He said that marketing requirements and communications strategies were now wrapped into “user stories” prepared for new features to be built into Telstra TV.

User stories are an Agile concept where the need for a feature is pitched essentially from a customer’s point of view.

In addition, the Telstra TV product team and its marketers share common measures for success.

Telstra is using a success metric model borrowed from Google (and others) called Objectives and Key Results (OKRs). Lewis said OKRs are used broadly across the Telstra organisation.

“We've just gone through our first round of defining the OKRs for our products across the whole company,” he said.

Under OKRs, teams no longer developed a business case in order to secure funding for work they wanted to do.

“Essentially, we have teams that are funded upfront, and that team is covered for a quarter. In that quarter, they have to tell the leadership group what it is that they're going to do - what is their objective, and how we are specifically going to measure whether or not that objective was met.

“At the end of that quarter, we look at that, and then we decide whether or not that objective should change.”

Lewis noted that the change in funding model for work would have flow-on effects for marketing.

“It's going to influence the way marketing will need to be done, as it focuses on a much smaller time frames but it also gives you the freedom to really think about what you’re trying to influence,” he said.

Lewis said that for Telstra TV, the product and engineering teams and marketing teams shared the same measures of success i.e. OKRs.

“Now whether or not we've succeeded that target is dependent on both the product teams and marketing teams working together to deliver on that and our objective is met.”