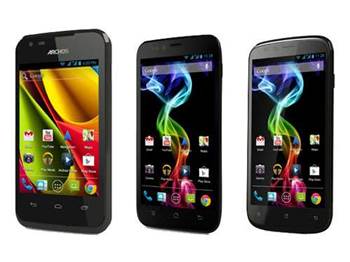 The Australian Competition and Consumer Commission (ACCC) said in May it was considering whether to extend, vary or revoke the existing fee mobile termination access service (MTAS), or create a new one.

Revocation or major re-drafting appeared off the cards as telcos and industry bodies overwhelmingly came out in support of the existing regulation.

The ACCC had sought views on whether the market for mobile services was competitive enough for there to be a commercial incentive to carriers to keep inter-network fees low, but it found little support.

"Telstra strongly urges the Commission to extend the declaration of the MTAS as no strengthening of competition can change the bottleneck characteristics of voice termination — each [mobile network operator has control over connecting voice calls to its own directly connected end customers," Telstra said.

"Without declaration, any-to-any [network] connectivity would be achieved via bi-lateral agreements between the relevant parties.

"While it should not be assumed that any parties would refuse access to their mobile network(s), it is possible that terms and conditions could be imposed upon access that would not be possible if [mobile network operators] did not have monopoly power.

"This could result in greater levels of disputes between industry parties."

Vodafone Hutchison Australia raised its own concerns around the scrapping of the MTAS.

"Without declaration, larger [mobile network operators] such as Telstra may refuse or constructively refuse to terminate calls on their networks from new entrants or existing, smaller [operators]," VHA said.

"Horizontally-integrated operators who are both [mobile network] and fixed operators may also use their market power in the fixed-services market to raise the cost of fixed-to-mobile (FTM) calls to customers on their mobile competitors' networks."

The Competitive Carriers Coalition saw the continuation of mobile termination fee regulation as important to keeping Telstra on a leash.

"...The MTAS continues to be necessary to control the ability of Telstra to capitalise on its increased market integration," the CCC said.

AAPT said that "in absence of regulation, [mobile network operators] do not have any incentive to reduce their [mobile termination] rates".