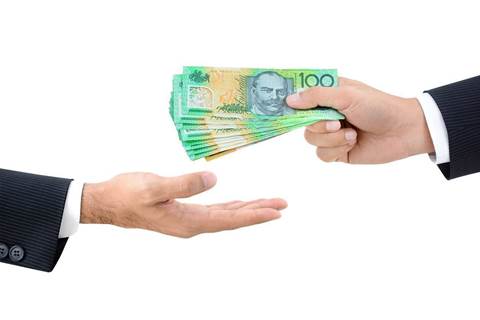 And 26 percent of customers took up the offer.

Telstra made refund offers to 272,397 customers as a result of the third-party content subscription billing scandal of 2018, though only a quarter actually claimed them.

The number is revealed in a series of confidential progress reports provided by Telstra to the Australian Competition and Consumer Commission (ACCC) that were released under freedom of information (FOI).

The Federal Court penalised Telstra $10 million back in April 2018 and also ordered the telco reimburse customers charged for third-party content - such as games or apps - that they often could not recall subscribing to and then could not unsubscribe from.

This was known as “premium direct billing” or PDB. The practice has since been killed off by telcos, including Telstra.

To date, the ACCC has only revealed publicly that the reimbursements saw 72,000 customers reclaim a total of $9.3 million.

The confidential reports, which include a report dated 20 February 2019 [pdf], show that these numbers haven’t changed - but that many more customers were in line for reimbursement.

The most recently dated report shows that Telstra offered refunds to 272,397 customers it thought may have been incorrectly charged.

These customers collectively may have operated up to 325,577 services; Telstra noted that some customers had multiple mobile services on a single account.

The biggest group of customers - and those least likely to have claimed refunds - is listed in the report as “Unsubscribe Representation customers”.

This group - amounting to up to 227,583 customers - were unable to unsubscribe due to a quirk in Telstra’s billing systems.

Essentially, Telstra had been telling customers to unsubscribe from PDB either by calling the PDB provider or by SMSing ‘STOP’ in reply to a confirmation SMS sent by that provider.

However, Telstra customers that had barred Premium SMS services before 31 May 2016 could not reply ‘STOP’ to a PDB service provider's SMS; the capability was disabled.

Therefore, these customers who thought they had unsubscribed actually hadn’t, and continued to get billed.

Telstra said in the confidential reports that it has offered all of these customers refunds.

Because Telstra has no way of knowing which customers tried to send a ‘STOP’ SMS, only for it to fail, it offered refunds regardless of whether the customer indicated they did or didn’t send such a message.

However, Telstra said, “many … have not accepted the refund”.

By contrast, other types of customers offered a refund - such as those who tried to stop a PDB subscription in vain, or who complained to Telstra or the Telecommunications Industry Ombudsman - took up the refund offer.

Telstra attempted to explain why so few customers that had barred Premium SMS - and who were then unable to later unsubscribe from PDB services via SMS - took up the refund offer.

It appears the explanation is they may be unaware they are eligible and that Telstra is issuing refunds regardless of whether the customer self-identifies that they tried to send a ‘STOP’ message or not.

“This is likely due to many of those customers not having sought to send a STOP SMS message to unsubscribe from their PDB services prior to 31 May 2016 and not considering that they were impacted by the Unsubscribe Representation,” the telco said.

“All other customers contacted by Telstra … have been refunded”.

In a small amount of cases - Telstra says 0.7 percent - the carrier was unable to track down any details of the impacted customer in order to offer them a refund.