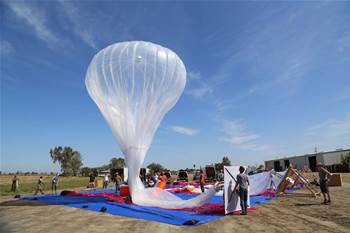 Telstra has expressed a renewed “interest” in the potential use of high-altitude drones or balloons as a long-term replacement for satellite-based broadband services for regional and remote users.

The telco has previously discussed the potential of so-called high-altitude platforms or HAPs - and even trialled Google’s Project Loon in regional Queensland in late 2014, though nothing more appeared to come of it.

Now, three years on, the telco has given its clearest indication yet that it sees broadband provision via high-altitude drones as a feasible business opportunity.

“We are interested in opportunities offered by high altitude platforms (HAPs) and their potential use for provision of broadband services, especially during times of natural disaster but also for longer term provision of telecommunications services in regional and remote areas,” Telstra said.

“HAPs have the capacity to fulfil similar purposes to satellite systems at a lower price point for system deployment and operation but can also be used with conventional satellite systems.”

While Loon is the most well-known HAP project, others have sprung up in recent years such as Facebook’s Aquila, lending credence to the technology.

Telstra said that “Australia’s land mass and unique geographical location make it an ideal place for the testing, development and deployment of HAPs and related systems.”

However, it noted that some regulatory “flexibility” would be required to allow HAPs to safely operate in Australia.

This includes a framework for how such drones could operate beyond the visual line-of-sight (BVLOS) of an operator.

The Civil Aviation Safety Authority (CASA) does allow this type of operation for approved cases, though high-altitude - above that of commercial aircraft - is yet to be tested.

“Developing a framework for BVLOS drone operations at high altitudes would be helpful to pave the way for the development and use of this technology in Australia,” Telstra said.