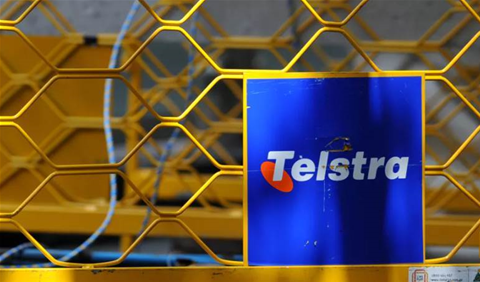 More signs the land grab is over?

In a further sign that the NBN retail market is shifting towards competing on quality rather than price alone, Telstra used its half-year results to disclose how close its NBN customers can get to the wholesale speed tier that they are on.

“On speeds, we have recently increased our capacity further to deliver 80 percent of the maximum speed during peak times, ahead of ACCC guidelines,” CEO Andy Penn said in a statement.

“For the past three months our network has delivered an average of more than 85 percent of the maximum speed during peak times.”

The language alone will be pleasing for NBN Co and its boss Bill Morrow, who last year accused retail service providers (RSPs) of having a “land grab” mentality as they sought to sign on as many customers as possible, with apparently little regard for service quality.

That has changed considerably as new rules have come into play around how RSPs are able to market NBN services, and several large RSPs - including Telstra - have fallen afoul of the ACCC over slow speed services.

Last month, iTnews revealed that retail service providers were starting to show considerable variances in the minimum peak performance of NBN services, with ranges of up to 18Mbps being reported.

Telstra also today outed itself as as the primary reason why NBN Co is expecting a seven-fold increase in users on the 50Mbps tier between now and June.

NBN Co made the bullish prediction earlier this week, prior to handing down its own results.

Penn today said Telstra was “in the process of bestowing 50/20 speeds to the majority of our NBN customers".

Given Telstra has the largest market share of any NBN RSP, its commitment to upgrade customers currently on 25Mbps plans to the 50Mbps tier means it is likely to be the basis of NBN Co’s prediction.

Telstra said it had added 454,000 new NBN connections during its fiscal half-year to December 31.

Telstra also revealed that its combined CVC/AVC costs for the half increased by $248 million.

Penn predicted that once the NBN was completed in 2021, the telco’s CVC/AVC charges "will be somewhere in the region of $2.5-3bn per annum".

“So we have a big underlying [factor] driving cost into our business,” he said.

“Like everyone else we need to acquire wholesale services from NBN Co.”

Telstra did not disclose its average revenue per user (ARPU) from NBN customers, but Penn said they were "up” on numbers previously reported.

He said an admission by NBN Co CEO Bill Morrow earlier in the week that wholesale ARPU was unlikely to hit $52 by 2021 had not caused Telstra to change its own retail ARPU predictions.

Penn indicated Telstra would watch the market to determine which direction NBN ARPUs would trend in the future.

“In the long term it really depends on how that plays out in the market,” he said.

Penn said NBN Co’s new temporary pricing on the 50Mbps tier had been a good thing for Telstra, and indicated the telco was keen to see more permanent price model changes come into effect.

“I think if we can move to a better wholesale pricing model in the longer term it’s going to be much healthier for customers - because RSPs will be able to invest in great product - and for the operators as well,” he said.