Telstra confirms two of the big four banks on T-Hub 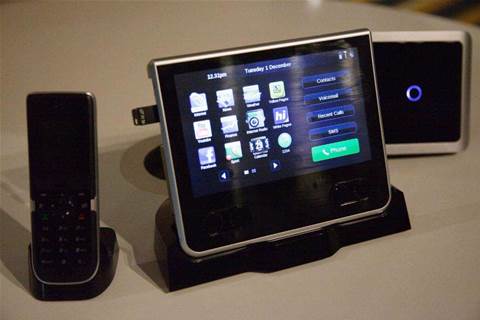 Telstra has confirmed customers of the Commonwealth Bank and National Australia Bank will be able to bank online using the T-Hub, a wireless, touch screen device designed to sit in the kitchen, when it launches on April 20.

As revealed on iTnews last month, three of Australia's four big banks were either developing apps for the new Telstra device or simply looking at whether existing iPhone apps would suffice.

But the T-Hub's closed development - with Telstra controlling the configuration and inclusion of applications - means two of the big four banks ANZ and Westpac will not offer online banking via the device at launch.

Telstra says its research indicates Internet banking is a key priority for customers using the T-Hub, ranking third behind click-to-call and email.

But Warren Hill, national sales manager with application infrastructure firm Keane questioned why customers would want to access online banking through the T-Hub, rather than going directly to their bank's website.

Hill said the "walled garden" approach taken by telecommunications companies in the past is what killed the first iterations of mobile banking using WAP.

Hill said vendors that wish to own the applications offered via their devices and decide what can and can't be offered on them face a challenge in getting customer uptake.

"It actually flies in the face of the openness of the Internet," he said.