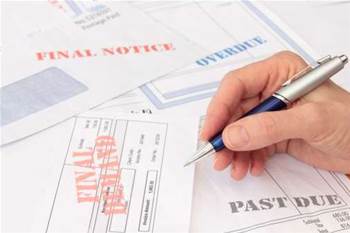 Lawyers expect case to be filed by Christmas

The lawyers behind a class action levelled at Telstra over late fees are confident their efforts will be more successful than a recent class action over network issues that failed to get up against against Vodafone.

Late in August, ACA Lawyers announced it would target Australia’s largest telco on behalf of customers who had been forced to pay a late payment fee. They said if the case was successful, the firm would also go after Optus and Vodafone.

ACA argues that the fees for late payments represent an “unlawful penalty” because they are disproportionate to the loss suffered by telcos as a result of the delay. At the time, ACA principal Steven Lewis said Telstra’s recent full-year $4.3 billion profit was boosted by $272 million worth of revenue derived from these fees.

The firm says Telstra customers are charged a flat fee of $15 for late bills worth over $70, Vodafone customers are hit with a $10 fee per late payment, and Optus charges $15 for each late payment worth more than $50.

ACA is currently in the book-building phase of the lawsuit, and Lewis today told iTnews “thousands” of affected telco customers have signed up.

It will be the second attempted large-scale class action in as many years involving a telecommunications provider.

Law firm Piper Alderman in February 2013 claimed it had tens of thousands of people interested in targeting Vodafone over network issues in 2009 and promised to file a case before Christmas, but failed to get the lawsuit up.

ACA principal Lewis told iTnews his case was on better footing than the Vodafone effort as the action is far more narrow, and the supporting data is more accessible from the telco.

“The Vodafone case had a lot of other issues, and trying to prove that everyone suffered the same type of loss is a very different type of issue than applying a legal principle to a fixed fee to other clients,” he said.

“Our case is based on the outcome already determined against the banks for a specific fee charged by companies for the late payment of bills,” he added.

The law firm is expecting to file a suit before Christmas, he said, should the response to the sign-up process prove the case to be viable.

“It depends on the final budget [estimated cost of running the case] that we decide on,” Lewis explained. “We have to look at the commercial reality of how much the case costs, weigh up the risk, the commercial viability, as well as the legal issues.”

The suit has the backing of UK-based Harbour Litigation Funding, which will take a cut of between 25 and 35 percent of any awarded damages.

The litigation fund states it only bankrolls cases where damages are over £3 million (A$5.5 million). Lewis declined to provide the estimated budget for the case, but he previously said it could reap “multi-millions” of dollars in damages.

ACA will rely heavily on the recent Federal Court judgment against ANZ, Westpac and Citibank regarding credit card fees, which found the fees did not reflect the cost of the late payment to the banks.

The firm is waiting on the outcome of current appeals lodged, which will determine whether other fees charged by banks - alongside late payment fees - can be considered to be penalties.

“It may deal with some of the defences that may be able to be raised,” Lewis said.