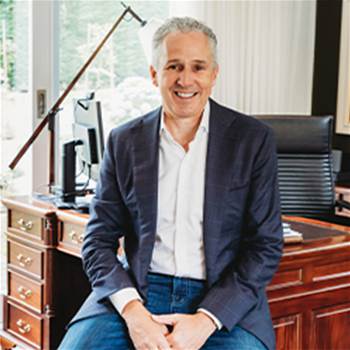 Looks ahead to restructure of NBN Co's pricing.

Telstra is celebrating the approaching end of its NBN customer migration.

While announcing strong first-half 2022 financial results, the telco said the cost of migrating customers (and their associated fixed lines) to the NBN fell by $190 million, and that cost will fall again in the second half with fewer customers left to migrate.

The carrier reported total revenue decline of 4.4 percent to $10.5 billion, with profit down 34 percent year-on-year to $743 billion.

Part of the revenue decline also related to the NBN, as CEO Andrew Penn said.

“Our reported total income includes declines of around $450 million in one off NBN receipts and $200m in NBN commercial works”, Penn said.

Penn wouldn’t discuss financial impacts, but gave a strong indication that Telstra won’t be rushed in any SAU negotiations, calling them a "once-in-20-year" opportunity.

“The ACCC is going through a process of reviewing the NBN pricing structure - there have not yet been any changes that have been communicated to us," Penn said.

“Like all RSPs, we’re keen to see the results of the review. It’s a once-in-20-year opportunity to get the structure right.

"We want a framework that’s going to work for everyone - NBN Co, retailers and customers - and we’re keen to see how that plays out.”

On CVC charges, Penn said there’s a disconnect between wholesale and retail services.

“The retail industry doesn’t price services on the basis of how much people use,” he said, pointing out that excess broadband data charges are largely a thing of the past.

“The wholesale price and the retail price are out of sync, and that’s a problem we hope to see resolved,” Penn said.

In that, he echoed Aussie Broadband’s managing director Phillip Britt, who earlier this month called for a CVC-free 50 Mbps wholesale NBN service.

Today, Penn said just nine percent of Telstra’s customers are on a 100Mbps service, which the carrier wants to grow in the future, putting a premium on its ability to cut CVC costs.

The carrier said while its long-lasting digitisation efforts had been delayed in this half year, it is still reaping financial and customer service payoffs from the program.

Penn declined to say exactly how much digitisation had cost Telstra, telling iTnews only that the program was part of $3 billion in initiatives “across access and digitisation” first announced in 2016, so “between $1.5 and $3 billion” has been spent on digitisation.

Digital interactions are also growing in its enterprise business, to more than one-third of all service interactions.

This has caused a huge drop in call centre interactions, with Penn saying that calls to consumer and small business call centres are down by 70 percent.

That will allow Telstra to move all call centres in that division onshore by the end of the financial year.

Penn also told iTnews that Telstra is interested in how LEOsats might fit into its future plans.

“You will hear more from us,” he said. “Satellites and LEOsats have a number of interesting use cases.”

During the earnings call, he pointed out that Telstra has just signed a deal with Viasat that will see the carrier deploy fibre to support the company’s planned launch of a 3 Tbps satellite, as well as handling other on-the-ground infrastructure.

Other use cases include internet of things applications, particularly in regional and rural areas.

Digitally-enabled farm equipment is a handy example, because as Penn pointed out, “not every paddock has connectivity.”

Broadband backhaul where fibre isn’t available, and emergency services, are two other satellite applications Telstra has its eye on.