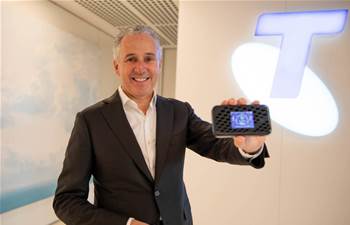 Telstra said it still had 46 percent of the NBN market excluding satellite. In real terms, this covered 3.2 million NBN connections, an increase of 620,000 over the year.

But this customer base still isn’t particularly profitable, according to Penn

“Without some sort of long-term change leading to improvement in RSP [retail service provider] economics, the risk of retail price increases, reduced customer experience or customers moving onto other networks such as 5G will increase.

“In Telstra’s case the profitability of reselling the nbn is negligible at best – that is not sustainable.”

Penn first branded NBN wholesale pricing as being “unsustainable” back in April 2018, noting a month later that it was causing Telstra some “financial pain”.

He later sought a “more than $20 a month” cut to NBN Co’s wholesale prices. This has largely failed to generate momentum, though other RSPs are similarly financially pressured by NBN margins.

Penn would not be drawn on how some of Telstra's rivals managed to appear profitable where Telstra struggled.

He said Telstra would continue to drive efficiencies in the way it served NBN users, but said these moves could not offset larger structural issues at play.

"The fundamental problem is that if your wholesale price is two-thirds of the retail price, which essentially it is, that's what makes it incredibly challenging where as a retailer you've got to distribute and market the product, you've got to service it, you've got to manage billing, put in modems, deal with a lot of the complexities of the administration and the management and the service of NBN," Penn told financial analysts.

"Fundamentally, that's the issue. We will absolutely improve the efficiency and profitability of [reselling NBN], but I'm just saying there's a bigger structural problem there as well."

Penn acknowledged that NBN Co needed to levy charges to pay for potential upgrades to its network into the future, though he implored the government to review this situation with broader digital economy goals in mind.

"A telecommunications network is unlike other forms of infrastructure. You don't just build it and then you pack up. It actually requires constant upgrading," he said.

NBN Co would not be immune from that, he noted.

"Yes, on the one NBN Co is going to need cash flows to help support the upgrade. On the other hand, if all it's going to do is push retail prices up because that's kind of what's going to ultimately have to happen, then that's a bad thing," Penn said.

"I get Stephen [Rue, NBN Co's CEO, is] obviously working within the constraints that he's been given so he can't necessarily change the economics without the government playing a role in that with him.

"That's why my encouragement is for the government to look at this through the success of Australia's digital economy, not just singly through the lens of the economics of the NBN.

"One of the things I've been advocating for is now an opportunity to reset a 10 year vision for the telecommunications sector for Australia. It's going to be fundamentally important the backbone of the digital economy."

Telstra said it experienced NBN-related “headwinds” for the full year of $830 million. It projected a further $700 million impact to underlying EBITDA (earnings before interest, tax, depreciation and amortization) from the NBN next financial year.

However, it said that “as at the end of FY20, we estimate that we have now absorbed around 75 percent of the total headwind expected when migration to the NBN is complete”.

The fresh calls for NBN price action came as Telstra downgraded its projected post-NBN return on invested capital target from its T22 transformation from “greater than 10 percent” to “greater than 7 percent” by FY23.

The revision was attributed to “deeper competition across products and slower return to growth, especially in mobile”, as well as to the impact of changes to accounting standards.

Overall, Telstra reported a net profit after tax (NPAT) of $1.8 billion, down 14.4 percent for the full year, though within guidance.

COVID-19 caused a direct financial impact of about $200 million for the year, and that hit is anticipated to be up to $400 million next financial year.

The impact included loss of revenue from international roaming as well as financial relief provided to customers during the pandemic.