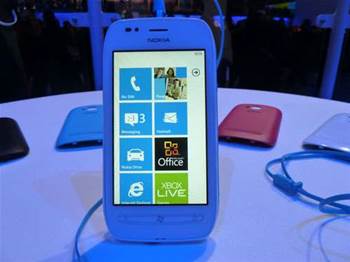 Mobile network operators are expected to benefit from Microsoft's $7.9 billion purchase of Nokia's device business with more money pumped into Windows Phone promotions, according to analysts.

IDC's research director of European consumer wireless and mobile communications, Francisco Jeronimo, believed the merger would fix some of the issues that have held Windows Phone back in the market to date.

"Despite the partnership between Nokia and Microsoft on the operating system side, it was clear that both companies were moving at different speeds," Jeronimo said, noting that development of the OS had been "slow and far behind" rivals like Android and iOS.

"The tiny Windows Phone success has been driven by Nokia's strong product development capabilities and the 'blind' support from operators expecting to see much stronger support from Microsoft so they could have an alternative to Android and iOS.

"Therefore [the Microsoft-Nokia purchase] agreement will be well received by mobile operators as Microsoft will align the software and hardware development, speeding up the Windows Phone operating system, but more importantly it will give operators access to Microsoft's deep pockets, which it will use to promote Windows Phones."

Ovum's principal device analyst Tony Cripps agreed that marketing money would be a key to establishing Windows Phone as a third credible player in the smartphone market.

"While Microsoft and Nokia have jointly been increasing the money flow through the Windows Phone marketing faucet of late it will take mega bucks to take on Apple and Android head-cheerleader Samsung for marketing volume and volume shipments," Cripps said.

"We need to see that kind of commitment coming before we can really count Microsoft in the same league as its two main competitors."

Cripps said Ovum wanted to see "sustained progress in Windows Phone shipments" over a three or four year period before making a judgement on whether Microsoft could "establish itself as a real consumer tech market maker rather than a follower".

The firm said a 15 percent market share would be a "good target to aim for".

Analysys Mason principal analyst Ronan de Renesse believed the Microsoft-Nokia buy would "have a limited impact on the smartphone market in the short/medium term".

"Microsoft has the ability to undercut its competitors and use mobile as a loss leader to gain global reach for its services and software ecosystem."

Long-term, however, de Renesse said Microsoft may need to re-evaluate its go-to-market strategy for Windows Phone.

"No handset manufacturer except Nokia has been fully committed to Windows Phone platform in the past 12 months," he said.

"Maybe it's time for Microsoft to abandon its Windows licensing model in mobile."

Gartner research VP Jack Santos blogged there was "still a chance" for a combined Microsoft-Nokia to perform.

"The libertarian in me wants a three horse race [in smartphones], not two...," he said.