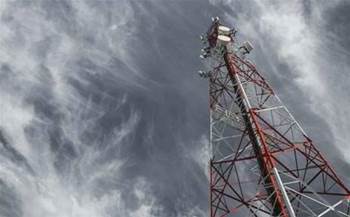 Could host one in ten co-funded base stations.

The mobile blackspots scheme is a three-round program that uses co-contributions from government and telcos to fund the rollout of mobile services in underserved parts of Australia.

Rounds one and two of the program funded 765 base stations, and all barring 38 are scheduled to be operational by the end of June next year. The remaining 38 will take a further three months.

Just how the new base stations are deployed has been a topic of interest. The program was meant to encourage telcos to co-locate equipment on each other’s poles, but this has occurred with varying degrees of success.

One of the more interesting possibilities has been whether any portion of NBN Co’s fixed wireless towers are in locations that commercial carriers would be interested in co-locating their antennas on.

In May, it was revealed that 34 of the 266 base stations funded under round two were “expected” to use NBN poles. That number has now shrunk to just six.

However, it has emerged that NBN Co’s towers will be more helpful to carriers that won funding in round one of the program.

“It is expected that the mobile network operators will co-locate [round one equipment] on 71 NBN Co fixed wireless towers,” the Communications department said.

“These numbers may change as agreements are finalised.”

If it comes to fruition, that will mean that NBN Co towers will support about 10 percent of all equipment funded under the mobile blackspots program.

It is possible that NBN towers could also be useful to telcos outside of the formal blackspots program, though these numbers are harder to come by.

Given most of the 765 blackspots base stations need to be operating by the end of the financial year, there is still much work to do.

As at November 15, only 273 of 499 base stations funded under the first round, and 36 of 266 second round base stations were currently active.

The government is pushing ahead with a final round of the blackspots scheme, which targets “priority” locations named by MPs.

Telcos are currently bidding for work in the $60 million round, and the results are expected early next year. These base stations must be built before the end of 2018.