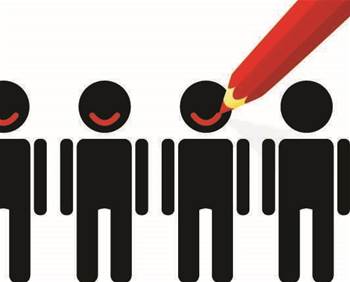 The second revision of the Telecommunications Consumer Protection Code, parts of which came into effect last month, requires internet service providers and carriers to implement new complaints handling strategies while expanding the amount of information provided to consumers on the costs of their plans.

But despite claims by ACMA chairman Chris Chapman that the code was "ground-breaking document by world standards", telecommunications industry ombudsman (TIO) Simon Cohen this week downplayed the code's likely effect on the industry, claiming it should be seen as a basic standard for the industry, rather than an "immutable golden standard".

"It is perhaps a stretch to describe the new code as a Mona Lisa but it certainly promises to improve practices in the telco industry and put in place a range of better protections for consumers," Cohen told attendees of the CommsDay Congress in Melbourne this week.

He noted "significant gaps" in the final code, nutted out between industry and the media regulator over the last year, that Cohen said was likely to cause a continuation of complaints and instances of bill shock from certain customer segments.

Cohen pointed out that statutory elements of the code left out customers on prepaid mobile products, those on fixed line telephone services and some portions of small businesses.

For example, the requirement for telcos to educate users on standard rates for calls, SMS messages and data on each plan or product did not apply to prepaid and landline services, while consumers could be caught out on direct debit charges for prepaid services due to the wording of the code.

Other elements of the code would not force telcos to refer complaints to the ombudsman.

Cohen also criticised the delayed commencement of real-time notifications until 2014 for smaller telcos as slow to close the gap on current industry practices.

The fact that international roaming charges remained unchanged in the code was another point raised by the TIO and consumer group, the Australian Communications Consumer Action Network, as unlikely to end bill shock.

Ten percent of complaints received by the TIO on disputed international roaming amounts were for more than $5000, Cohen said, with the amounts steadily increasing.

The regulator is expected to formulate a new standard on international roaming next year.

"The new TCP code extends a number of important protections for consumers and, if properly implemented by providers, will reduce the need for external dispute resolution in many cases," Cohen said.

"We would hope that providers would strive to offer consumers services above and beyond code standards where appropriate for reasons including competitive advantage and corporate citizenship."

The code was revised after threats from the ACMA to impose direct regulation on the industry in a bid to improve customer service.

Corbin warned that if the code did not reduce the number of complaints to the TIO in the long-term, "we will ultimately need to request more action from regulators and enforceable actions like standards".

The ombudsman has reportedly been faced with making staff redundant in recent months as complaints to the industry body have steadily decreased.

However, it was expected the number of complaints to the ombudsman could actually rise as the TCP code is implemented due to the increased requirements for telcos to make consumers aware of the dispute resolution process.