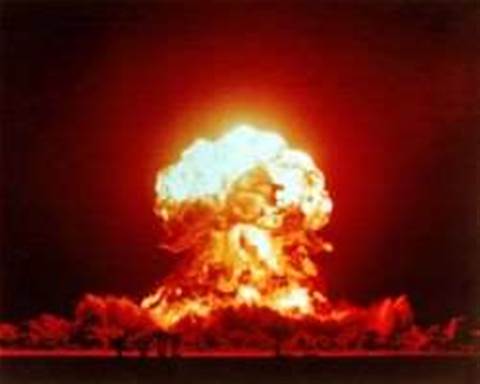 Parents not concerned at antics of junior boffin.

An American teenager has built a working nuclear fusion reactor in the basement of his parents' home.

Thiago Olson, 17, spent over 1,000 hours and two years getting the reactor to work, scavenging old equipment, buying components on EBay and persuading manufacturers to give him large discounts.

The reactor works by sucking the air from a reaction chamber and injecting in deuterium, a form of hydrogen. A charge of 40,000 volts is then applied, using equipment from a gutted mammogram scanner, forming a small ball of plasma.

"Originally, he wanted to build a hyperbolic chamber," Olson's mother Natalice told the Detroit Free Press, adding that she promptly said "no". But, when he asked about the nuclear fusion machine, she relented.

"I think it was pretty brave that he could think that he was capable to do something so amazing," she said.

The process itself is safe since the reaction ends as the power drops. It emits very low levels of X-rays which are not at harmful levels.

Olson, who is nicknamed 'Mad Scientist' by his friends, intends to pursue a career in physics research.

"I thought he was going to be a cook, because he liked to mix things," said Natalice Olson.

Got a news tip for our journalists? Share it with us anonymously here.
Copyright ©v3.co.uk
Tags:
basement builds fusion in nuclear oddware reactor teen