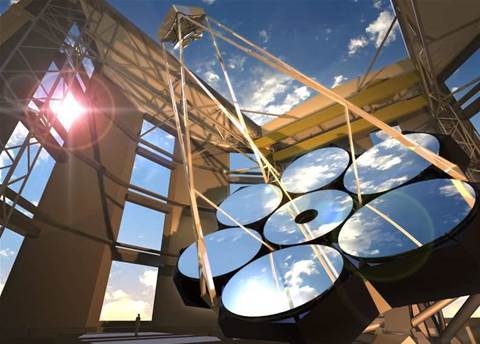 The Australian Government hopes an $88.4 million investment in the Giant Magellan Telescope in Chile will strengthen its bid to host the $2.6 billion square kilometre array.

It will be divided into $65 million for the Giant Magellan Telescope itself and a further $23.4 million to upgrade Australian infrastructure, including the Australian National University's (ANU) Mount Stromlo observatory.

Construction of the telescope is being handled by a group of universities and research organisations in the US, Australia and South Korea.

It will combine seven large mirrors to create the equivalent of a 24.5-metre primary mirror that it is claimed will give it resolution up to 30 times higher than other land-based telescopes.

Although it will be based in the Atacama Desert in Chile, the telescope can be operated remotely, including from Australia.

The Government's investment will give it a 10 percent share of the telescope and "guaranteed observation time", providing local scientists with an opportunity to participate at the forefront of space research.

The ANU also participated in the design and planning phases of the project.

Carr said in a statement that involvement in the project would "strengthen Australia's bid to host the square kilometre array radio telescope".

The array is said to be one of the most ambitious international science projects ever devised - a radio telescope with 10,000 times greater discovery potential than any of the world's existing telescopes.