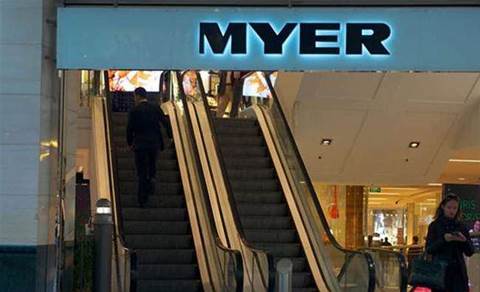 Retailer hopes to reap rewards from IT investment.

Department store Myer is eagerly hoping its technology investments will soon start reaping rewards and help pull it out of a disappointing half year.

The retailer, headed by its former CIO Richard Umbers, delivered lower than expected sales revenue in its important post-Christmas sales period, but remains hopeful it will hit its targets for the full year.

Technology is driving much of its optimism.

A further 15 Myer stores have since transitioned to the new system.

The rollout will be shortly followed by the implementation of a new merchandise planning system.

CFO Grant Devonport said Myer was yet to recoup substantial overhead savings from its technology investments.

“We are currently in the process of rolling out workforce optimisation technology in stores, a merchandise planning system, and a continuous improvement methodology which will all combine to provide a further step change in productivity and costs,” he said.

Meanwhile, the online shopping platform that once delivered Myer negative headlines is now outperforming other parts of the business.

Myer saw a 48 percent increase in online sales in the half year, which Umbers put down to a “smoother and simpler user experience” plus new partnerships with Google and eBay.

The retailer is also looking to capitalise on a new partnership with payments provider Afterpay, which allows customers to receive goods but pay for them at a later date.

Myer has managed to drive down its fulfilment costs for web sales, meaning the profitability of this channel is headed upwards at a faster rate than sales revenue.