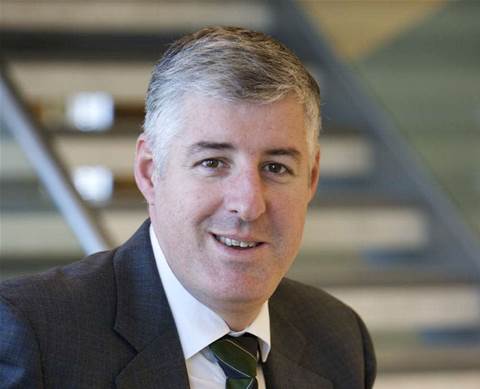 “In many cases, we’re dealing with 40 years of legacy infrastructure,” he said.

“Outages and things are the function of an ageing environment – and we are taking steps to fix that – but when outages happen, how you deal with customers, I think, is the main thing.”

Millions of customers were reportedly affected by a four-hour systems outage last November that led to five days of payment delays.

NAB also kept customers updated about the payment processing issues via its website, and kept 170 branches open over the weekend to allow customers to access cash.

The bank is two and a half years into its Next Generation Platform (NGP) project, intended to replace many of the bank’s legacy applications and processes.

After ‘Phase One’ delivered the Ubank direct banking platform in 2009, the bank embarked on a five-year core banking overhaul expected to conclude in 2014.

Today, the bank boasted having defined a target operating state and achieved some functionality around customer analytics, after having spent $305 million on infrastructure in the past year.

NAB’s Australian operations spent $101 million on NGP-related software this period, the bank reported (pdf). It attributed a 71.3 percent increase in infrastructure spend since March 2010 to the NGP and other key technology projects.

Clyne said a component of core banking would be deployed this year, but declined to disclose further details.

NAB also highlighted a network modernisation project, expected to be completed by the year’s end, and the commencement of an IBM infrastructure and hosting deal in December.

The bank hired some 1,370 Group Business Services staff in 12 months ending 31 March, while outsourcing more than 420 jobs to IBM in December.

NAB’s total headcount grew by 3,037 employees in the past year, resulting in a $103 million (5.3 percent) increase in personnel expenses.

The Financial Services Union had previously criticised NAB for forcing employees to either accept employment at IBM or be made redundant.

But a union spokesman told iTnews today that most, if not all, staff had accepted jobs at IBM, and that only “a handful” had since resigned.

Union members were also generally supportive of the Next Generation Platform project, she said.

Clyne told media that NAB was neither the first nor last Australian bank to undergo a large-scale technology overhaul.

This week, Westpac reported hiring 1,254 technology staff in the past year, while suffering a major outage after a data centre air-conditioning issue took ATM, EFTPOS and online banking services offline.

Meanwhile, the Commonwealth Bank of Australia reached the half-way mark for its $1.1 billion core banking technology upgrade, with more than 10 million accounts migrated to the new platform.