Teachers vote to not feed data to My School site 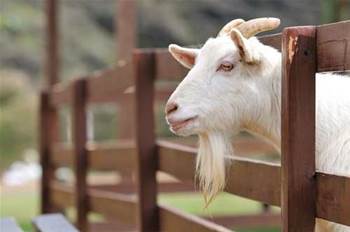 The Federal Government has described as "selfish" the education union's decision to pull teachers from overseeing the tests that feed data into the controversial My School website.

The executive of the Australian Education Union (AEU), which counts teachers from Australia's Government schools as its members, met in Melbourne earlier today and decided to make good on previous threats to boycott the standardised literacy and numeracy tests.

Teachers had been warned by the Government they could be fined or have their pay docked for not staffing the tests.

It was reported in weekend papers that another option on the table was for parents to be drafted to supervise the tests.

That possibly was panned by Opposition leader Tony Abbott.

"It seems to me that the Deputy Prime Minister [Julia Gillard] has completely lost control of her portfolio if she's talking about tests not being administered by professional people," he said yesterday.

State and Territory leaders are due to convene in Sydney later this week to discuss the crisis.

"The Government intends to work with the States and Territories to ensure the tests are held despite the boycott," Education Minister Julia Gillard said today.

Gillard said if the boycott was successful it "would mean parents of kids in years 3, 5, 7 and 9 would not receive national report cards and the My School website would be missing information for this year."

She also suggested the Union was acting outside of the interests of its members - teachers from state schools.

"The majority of teachers do not support banning [the] tests as they are an invaluable diagnostic tool for teachers to target the needs of individual students," Gillard said.

Gillard said the union's proposed plan of amendments were not acceptable because it amounted to "gutting the My School website by removing vital information".

"The AEU has been a consistent critic of the My School website and has called for such changes as removing a school's result in areas including literacy and numeracy, radically altering the way schools are compared and for the Government to censor media reporting of the site," Gillard said.