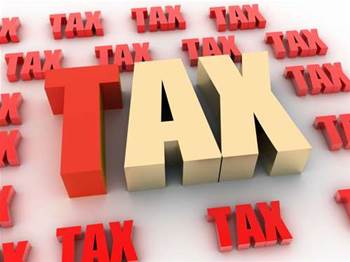 The Australian Tax Office (ATO) has accounted for an annual IT budget of $633.3 million -- one of the largest in the Australian Public Sector -- in its latest annual report, released this week.

Among other achievements, the agency highlighted new deals with Optus and Lockheed Martin that allowed it to consolidate 15 contact centres into one, and replace multiple helpdesks with a single point of contact (pdf).

It also partnered with HP Enterprise Services for "the successful migration of 3400 services, 300 applications and hundreds of thousands of gigabytes of data" from a Canberra data centre to Sydney "with a minimum of disruption to the community".

The Optus, Lockheed Martin and HP Enterprise Services deals are worth $40 million, $60 million and about $100 million a year respectively.

Besides its external service providers, the tax office reported having 2100 technology staff and supporting more than 750 systems.

In the coming year, it expected to:

The tax office highlighted benefits of its seven-year Change Program, which was finalised on 30 June last year, despite its goal of replacing more than 180 legacy front- and back- end ICT systems by June 2008.

The Change Program commenced in December 2003 with a $445 million budget. Costs blew out to $757 million due to delays, design difficulties and legislative changes.

Last November, the Commonwealth Ombudsman noted a marked increase in the complaints it received with numerous concerns about its data integrity.

The new systems also triggered the need for ATO to take on extra staff to cope with extensive delays in bringing on the Change Program.

The ATO stated in this week's report that there would be many benefits from the new system such as tax practitioners and businesses having better online access with more integrated and personalised information.

Individuals can notify the ATO about changes to their personal details once for all their tax and superannuation affairs, it noted.

Furthermore people contacting ATO “can be confident we will quickly understand their overall position and provide a more tailored service to meet their needs because staff have a single view of taxpayer information”, it wrote.