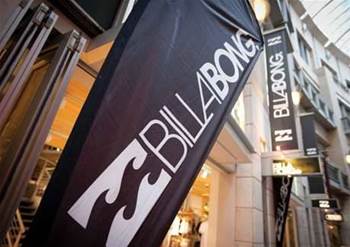 Billabong has taken the first step in its second go at transforming its omni-channel environment, setting its first brand live on a new multi-vendor based platform.

It instead opted to split up the core components of its omni-channel platform into several "out-of-the-box" and "best-of-breed" systems.

The retailer awarded separate bundles to Salesforce - e-commerce and digital marketing - and Aptos, for point-of-sale and order management and loyalty. The pieces are being stitched together by unnamed integrators.

It decided to use its Surf Dive 'n' Ski website as the first test case in the new approach globally, and to inform how it will onboard the remainder of its brands.

"The launch has gone well and the early reads are positive on the site's key performance indicators," Fiske said in remarks prepared for Billabong's annual general meeting today.

"This is an important milestone in our program; we now have the tools and the team to quickly accelerate e-commerce revenue."

Other websites are "ready to roll out" on the platform in calendar year 2018, while the new digital marketing system will go live in the current half year.

In August Billabong said it had already done a lot of work redesigning the websites and integrating them through middleware.

Billabong plans to spend 2018 ramping up its e-commerce transformation globally, starting in Australia.

"The future of retailing lies in being seamlessly omni-channel - with stores, e-commerce, social media and customer database marketing all connected together to give us one integrated view of our customers while allowing them to shop the way they want to shop," Fiske said.

"I couldn't be more excited about what this first deployment heralds for the omni-channel future of the company."

Billabong will discuss the project at its AGM in Brisbane today.

E-commerce made up 7.4 percent of Billabong's total sales in its most recent financial year, a 25 percent year-on-year improvement.