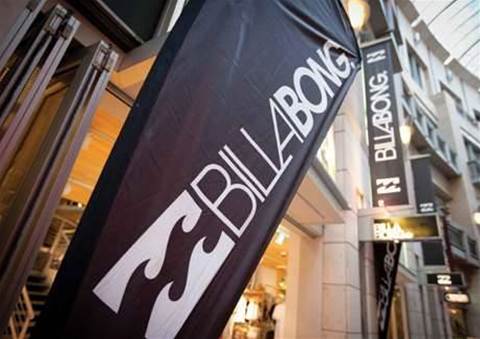 Billabong has broken up the core components of its omni-channel overhaul and handed the pieces to separate software providers after ditching its first attempt with NetSuite.

Late last month the retailer revealed it had decided to ditch its deal with NetSuite for the SuiteCommerce cloud-based set of ecommerce and retail point-of-sale tools following technical implementation issues.

At its full-year 2017 results, Billabong revealed it had restructured its omni-channel overhaul into pieces that would be served by "multiple out of the box best in breed global platforms".

It has appointed Salesforce as the provider of its e-commerce and digital marketing platforms, and Aptos for point-of-sale and order management and loyalty.

"Proven" systems integrators will be used to "bring these building blocks together", it said. It did not name its chosen integrators.

"The selection of the new partners was based on one overriding principle – delivering the best possible omni channel experience for customers with certainty and speed," Billabong said in financial filings.

"[We] emphasised that omni was not just e-commerce, but the ability for customers to shop the way they wanted to shop – in stores and online, retail and wholesale, across all channels with richness of content and a personalised experience.

"Each of the major partners is a leader in their field, but importantly they have worked together extensively on similar implementations."

CEO Neil Fiske said it was "not appropriate at this time" to provide detail of the circumstances that led to the NetSuite contract cancellation.

He said the experience of its new partners, as well as the work already done - such as middleware integration and website redesigns - meant it expected to move quickly into deployment.

It is using Australia as the test case for the first deployment of the new global platforms; the first of the new e-commerce websites, Surf Dive 'n' Ski, is scheduled to launch before the end of this year.

"The new solution is expected to lower implementation risk and improve certainty of delivery for the balance of the project," Billabong said.

"The group believes the omni program can be completed materially close to its original range of budget expectations."