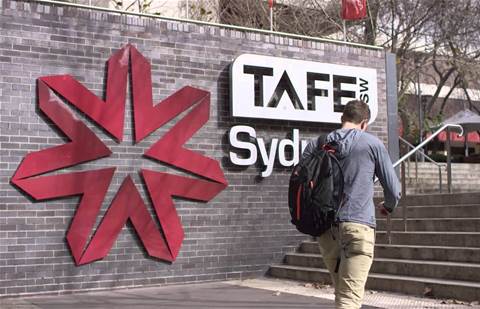 TAFE NSW’s new Oracle-based student management system has blown out by more than $20 million, climbing from an estimated $89 million to $111 million since the build moved in-house.

The revised budget is revealed in an annual audit of the education sector, which also indicates that the project won’t be complete until June 2022 due to “significant delays” during implementation.

TAFE NSW began the project in 2017 to replace its Tribal-based EBS system, which caused major headaches when it was first introduced in 2014 as part of the state’s now-infamous LMBR program.

DXC-owned integrator Red Rock had been tasked with the build until October 2019, when the public training provider made the decision to terminate the contract after just two years.

The remainder of the work fell to the agency’s in-house team just before revealing a proposed cull of 70 staff and contractors as part of a wider restructure aimed at reducing duplication.

But as part of what the audit describes as a “reset of the strategy for implementing the SMS [student management system]”, the estimated budget has now been revised up from $89 million to $110.9 million.

TAFE NSW told iTnews the additional $22 million funding was appropriated earlier this year after the scope of the project expanded.

“In 2020, the project scope was increased to include the rollout of an identity management solution for staff and students and improvements to the enrolment journey,” the spokesperson said.

The increase comes despite claims in answers to questions on notice from budget estimates this year that the in-house shift “will result in significant net savings compared to the original costing”.

TAFE is now on track to complete the implementation of the system by June 2022, which is in line with previous estimates of “semester one of 2022” by managing director Steffen Faurby.

Faurby told budget estimates earlier this year that four phases were remaining, the first of which would be delivered in Q4 of 2020, followed by the remaining phases in 2021.

Functionality rolled out as at March this year included the integrated student and general inquiry form and a CRM system. The Tribal EBS system was also slated to transition to a single instance by mid-2020.

The spokesperson said that while the core system was completed “midway through the year”, the agency is “still working through integrations, configuration and user testing”.

“This is a complex piece of work that touches every part of TAFE NSW, the largest training provider in the country,” the spokesperson said.

“Given the significance of the program, it’s important to take the time and care necessary to ensure that SMS is introduced successfully.

“TAFE NSW will transition to the new system when it is confident this critical infrastructure is working effectively, and its implementation will pose no risk to business continuity.”

The audit put the delays down to the “complexity of the requirements”, resulting in “additional processes to verify the accuracy and completeness of the revenue they report from student fees.