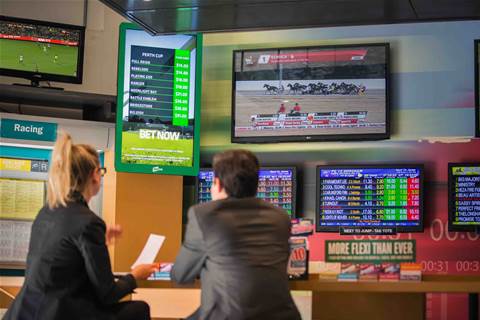 Tabcorp is using intelligence software to monitor “high risk” - potentially criminal - users of its 9000 retail sites and gambling platforms to stay on the right side of licensing authorities.

The ASX-listed wagering, gaming and Keno operator is 18 months into a deployment of IBM i2 visual intelligence and investigative analysis software. i2 was acquired by IBM back in 2011.

It has three core businesses - wagering and media (through the brands TAB and Sky), lotteries and Keno, and gaming services.

“We had three divisions all running off their own legacy systems. The datasets are disparate and the data is held in different formats,” Graham said.

“We also have datasets that sat externally to the business but held information about our customers.

“We had to find a way to bring all that together to form a single customer view.”

But Tabcorp faces additional challenges and risks because it handles cash and allows customers to place bets without any form of registration.

“We have customers who can bet effectively anonymously because they can do it by cash, so one of the big changes for us - which is why we’ve gone down the path of i2 - is to try and understand how we can improve our methods to understand those customers and the risks they can present us,” Graham said.

The kinds of risks such customers pose could be criminal in nature, such as money laundering, collusion or other types of fraud. Graham’s retail risk team exists to limit the potential for that activity to occur.

“A challenge in our business - and one of the typologies that we recognise can affect us - is collusive behaviour,” Graham said.

“Anyone who’s tried to investigate that type of activity [knows] it’s difficult to find those connections.

“Because we are across literally every state we’ve then got the issue around trying to match up things that are occurring. You want the ability to recognise something that occurs 100 kilometres apart [at different outlets] but that could be connected.”

The same ability to bet anonymously could also pose problems around money laundering, where “someone tries to wash illegitimate money through our products”, Graham said.

An unregistered gambler could place a series of low-odds bets where they were “almost guaranteed” to get their money back - only that the money was never theirs in the first place.

“All you’re trying to do is get your money back or a little bit more, and you now have betting receipts so you’ve legitimised your money,” he said.

IBM i2 is being used to “follow breadcrumbs” and join dots between different pieces of information collected across Tabcorp’s operations as well as externally.

Tabcorp previously did this but in Excel. Systemic risks were hard to identify, presenting findings to decision-makers internally was also problematic, and - above all - things just took too long.

Graham used a time-consuming data collation effort that Tabcorp had previously undertaken to prove to the business what i2 could do.

“We had an investigation into credit card fraud through our TAB accounts,” he said.

“That took us a little over three months to run it to what we thought was the end, thinking we knew all the players involved.

“That’s just the data side - I’m not talking about the investigation and law enforcement action - this is just trailing through our data.

“So we grabbed all the same data, threw it through the [i2] tool, and in less than 30 minutes we got the same result and we identified other individuals we didn’t know of.

“That’s a really powerful message to the business when you show them how much time saving [there is] in coming to a position where we can say we’ve got a problem [and] we can show you the extent of the problem.”

Another use case for i2 is to recognise slight variations in names being used by gamblers on different platforms or venues and to tie those together.

“One of the smarts we had to provide is this concept of global name recognition, understanding all the common permutations for every single name,” IBM solution architect Adrian Barfield said.

Similarly, the tool looks for other patterns in data that could identify an individual gambler.

Not all this data is internally-held; Tabcorp is using Australian software called SNAPD (Social Network Analytics by Point Duty) to see whether information posted to social media can aid in a gambler’s risk assessment.

“That’s looking at information about groups and people of interest,” Barfield said.

“Sometimes people might be connected to gangs with profiles on social media so understanding where connections might lie and the risk that might bring back into the organisation [is key].”

Graham said that i2 had been important in demonstrating to various state and territory regulators that the company took its licensing conditions seriously.

“We need to be able to demonstrate to our regulators that we take our compliance obligations seriously, because without our licenses we don’t have a business,” he said.

“We’re finding we can keep track of high risk customers to a very high level, and again that’s a really powerful message when you go back to a regulator to say ‘look how smart we’re getting at what we’re doing’.”

Graham said that use cases for i2 continued to emerge. “Everyone wants access to the tool,” he said.

Tabcorp is already working with IBM on a new version that will be capable of more real-time and constant monitoring.

The forthcoming version is also intended to fulfill the needs of two distinct groups of users - investigators and analysts seeking deeper insight, and others who simply want to be able to search the database.