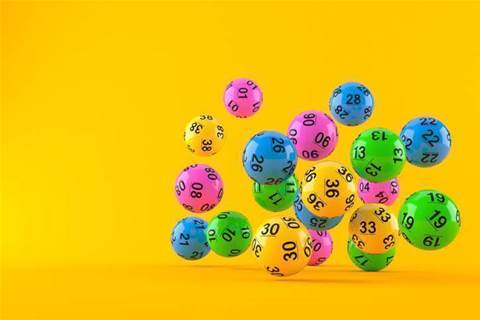 It could be a sign of testing economic times, but Australians appear increasingly willing to fantasise about winning millions on Powerball rather than trying to bet on a four legged critter or footy match using their mobile phone.

That was the tale of the tape on Wednesday in Tabcorp's half-yearly results, where its digital lotteries performance conspicuously eclipsed other forms of flutter following the company's merger with Tatts.

The Melbourne-based company chalked-up an impressive 63.5 percent increase in lotteries’ digital turnover, attributing the growth to a mixture of innovating on its product offerings and business improvements.

That compares to growth of 11 percent in retail turnover.

“The strong performance was driven by digital growth and game innovation, including bigger and more frequent Powerball jackpots," Attenborough said.

Baiting the hook with sums as big as $100,000 is one thing, but it seems to be the ability to get your lucky numbers in digitally is also a major attraction, especially if it means avoiding queues at the newsagent.

Total lotteries revenue was up 19.6 percent, coming in at a handsome $1.292 million.

General digital wagering was also up a more modest 11.6 percent on the previous reporting period.

Getting digital humming doesn't come without a commitment to infrastructure, and in the case of Tabcorp, that means fast and super-reliable transactional boxes and bulletproof web front ends.

The "gambling entertainment" businesses listed an non-BAU expense of $38 million for a data centre relocation and attributed a 1H19 spend of $6 million to the project.

The location of on of Tabcorp's previous data centres hasn't exactly been unlucky, with former digs on Sydney's inner city Harris Street, a stone's throw from Global Switch, now on prime real estate for hipster redevelopment.

Going forward, Attenborough said the company will continue to invest in enhancing the customer experience and its digital offerings as a priority.