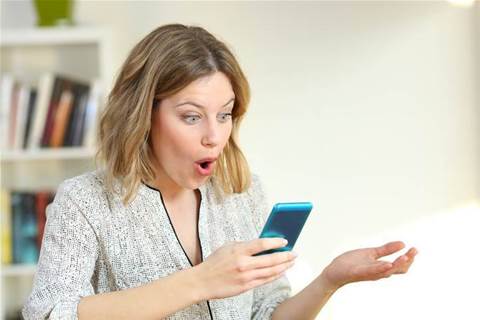 As wagering division forced to double its big bet on infrastructure consolidation.

Tabcorp’s box-and-dice tech stack overhaul after its merger with Tatts has stayed on a winning roll.

The gambling giant’s ongoing IT refresh has delivered another tidy payout in the form of 39.8 percent growth in ‘digital turnover’ for the half year ended December 2019 – even after a 73 percent lift in the previous reporting period.

Tabcorp on Wednesday revealed it had piled on a whopping 300,000 ‘active registered customers’ across the business over the period as it shifts its once paper-ticket and betting-slip business to glass, taking its retail outlets and distribution network like newsagents along for the ride.

Top line revenue for Tabcorp grew 4.4 percent to $2.9 billion, with statutory net profit jumping 10.8 percent to $198.8 million. That figure will thrill state treasurers, who benefit directly from the hefty amounts of sin tax levied on the heavily regulated monopolies.

The lure of buying Lotto tickets via an app and then being automatically notified of the results is clearly a winner with the millions of Australians will to take a flutter on a chance to tell their bank manager to go jump.

For the main, the Lotteries and Keno division was the standout performer and growth driver in the business.

“This business continues to go from strength to strength. Lotteries’ digital turnover was up almost 40 percent with retail up over 5 percent, evidence of how favourably customers and retail partners are responding to our integrated omni-channel strategy,” said Tabcorp’s managing director David Attenborough.

Revenues for lotteries soared 12.4 percent for the half year reporting period to $1.58 billion, powered by its digital offerings.

As revealed this month in iTnews, Tabcorp is now looking at distributed ledger technology as a way to automate the huge auditing and oversight requirements of lotteries regulation.

The result is somewhat of a lifeline to the structurally challenged newsagency sector because Tabcorp has thrown the kitchen sink at improving and digitising the retail and point of sale experience,  a weekly ritual for many mature aged Australians on tightly managed incomes.

The retail lift of five percent is broadly around one percent higher than growth at other retail businesses this period, with many reporting modest percentage growth in the threes and fours.

There’s also been a betting shop boost from the digital overhaul, with Tabcorp’s critter and sports based ‘wagering and media’ division recording a 20.7 percent hike in ‘digital-in-venue-turnover’ – that’s the betting corner in pubs and clubs – to $205 million.

The chunky increases in revenue and performance are also a vindication of Tabcorp’s major spending uplift on technology, including merging infrastructure between the lotteries and wagering divisions.

On the broader integration program, Tabcorp is claiming “significant progress on delivery, though it did up its cost guidance on integration costs from $95 million to $135 million.

Even so, Tabcorp reckons it’s getting bang for buck.

Milestones claimed include the “full insourcing of data centre and retail network management and associated recontracting” now being declared complete.

Also on the runway is the “completion of coding and testing of 100+ wagering systems by end February 2020 to support migration of UBET customers to TAB platform by June 2020, subject to regulatory approvals.”

That work will, Tabcorp says, support the delivery of “incremental cost savings in FY21” as legacy systems and duplicated infrastructure are decommissioned.

Tabcorp said it had of the revised $135 million in integration costs for the full year, it had burned through $93 million (before tax).

This reflected the “deployment of additional resources to manage the increased complexity and associated risk to ensure the successful migration of UBET customers to the TAB platform”.

Still on the runway is customer migration for the wagering platform and its retail rollout and the final phase of “workplace consolidation”.

The final piece of the puzzle will be the “completion of technology transformation program, site exits, and systems and infrastructure decommissioning.”

Investors will be hoping that after tipping in more tech budget, successful project completion will come in at small odds.