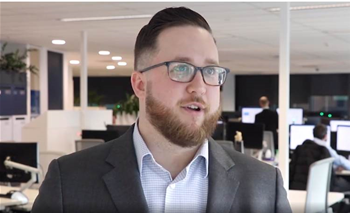 Kits out new space, drops from five centres to three.

Tabcorp is consolidating five data centres down to three and migrating over 330 apps into a new environment under a project revealed earlier this year.

The ASX-listed wagering firm finally put some numbers on the project that it revealed at its first-half results back in February would cost around $38 million in non business-as-usual expenditure.

The consolidation appears to be part of a “technology integration initiative delivered” as part of the late 2017 merger of Tabcorp with Tatts Group.

Tabcorp provided a first glimpse into a new data centre space it spent five months designing and kitting out.

A team of around 100 people had contributed in some way to the project.

It appears the new space is within a NextDC-owned facility.

NextDC said that it had been “part of Tabcorp's digital journey” and that Tabcorp “needed a cutting-edge, highly secure data centre to deliver the promises made to customers”.

“Every time a customer buys a lottery ticket or another entertainment product that we offer, technology is really used to ensure that that's delivered in the end successfully, safely and securely,” data centre project team member and CS Technology Australia senior consultant Ben Peskin said in a video posted by Tabcorp.

“So in a way, our customers put a lot of trust in us in order to make good on that technology promise that we deliver through safe and secure data centres.”

Peskin said one of Tabcorp’s key challenges was to design a compute platform “that will work with applications that have only run in Tatts before and only run in Tabcorp before”.

“I can make it even more specific by saying that we had a very directed effort to select a modern network to go into the data centre,” he said.

“Both Tabcorp and Tatts if they have slightly different network architectures, not only is it about making sure that the existing data centres that we're not changing continue to work and work with each other, but that they work in a new state that is compatible with both.