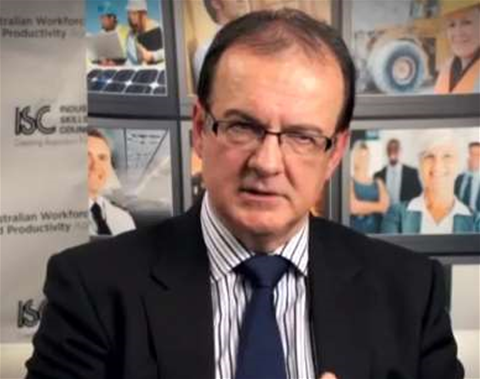 Switkowski will lead a drastically slimmed down board of three, which will include current board members Kerry Schott and Alison Lansley. The board must have a minimum of three members to operate.

The previous seven members of the NBN Co board, including former chairman Siobhan McKenna, were asked to resign following the Coalition’s win in the September federal election.

Turnbull said the government was still looking for a replacement CEO following the resignation of former CEO Mike Quigley. Switkowski will act in the position until a new appointment is made.

Quigley is expected to return to a retirement that was postponed when he was approached to head up NBN Co.

Switkowski served as Telstra CEO from 1999 until his 2004 resignation and replacement by Sol Trujillo. Switkowski had previously worked at Optus and Kodak Australasia.

"He is an outstanding business leader and we have every confidence .. he will be a valuable part of the new leadership team - the chair of the new leadership team that will ensure the NBN project is restored to health and progresses in a cost effective manner that will ensure the NBN is completed sooner, cheaper - in terms of cost to government - and to consumers."

Kerry Schott has experience in infrastructure, having served as deputy secretary to the NSW Treasury’s Office of Infrastructure Management, and currently is a member of the Infrastructure Australia Board. She is also a former managing director at both the Deutsche Bank and Sydney Water.

Alison Lansley’s background is predominantly in corporate law, with a 17 year career as a partner at law firm Mallesons. She has also sat on a number of boards including the Corporate Finance Group of FINSIA.

The new NBN board’s first task will be to undertake the 60-day NBN strategic review long-promised by Turnbull, to show “how long it will take and how much it will cost to complete the NBN on the current specifications".

That review will set out options for a faster and more cost effective project roadmap, which will include a plan to revise the technology of the NBN from Labor’s fibre-to-the-home model to the Coalition’s preferred fibre-to-the-node.

The board will also begin detailing plans to renegotiate the deal with Telstra. The current $11 billion deal allows NBN Co to access Telstra’s pits and ducts, and took the former Labor government two years to negotiate.

The pits and ducts are currently being used to house and connect fibre to homes. In order to move to a fibre-to-the-node system the Coalition will need to negotiate access to Telstra’s copper.