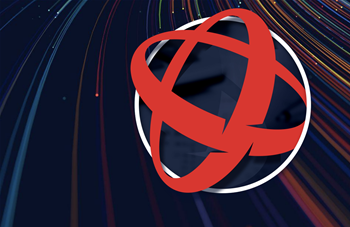 Wants to triple its own share of consumer connections.

Superloop has declared market conditions are right for a major shake-up of Australia’s fixed broadband market, believing the four main players - Telstra, Optus, TPG and Vocus - could lose up to 22 percent of their collective market share in the next few years.

CEO Paul Tyler told an investor day that Superloop had ambitions to secure a four-to-five percent slice of the fixed market, and to potentially help power other challenger brands to similar growth.

“The internet market in Australia is unnaturally structured,” Tyler said.

“All the enablers are there to have a natural level of competition but that hasn’t happened as yet.

“In 2018, the market share that was sitting with the challengers to the four incumbent telcos was four percent. Right now it’s eight percent.”

Tyler contrasted the fixed broadband market with the Australian retail energy and banking markets, where challenger brands served “more than a quarter” of each addressable market.

“We believe that’s going to happen in the fixed internet market as well - substantial growth in the challenger segment, to the point that it’s our belief that the natural level of challenger participation in this market will be in the order of 30 percent,” Tyler said.

“We want to lead the challenger brands to a place of that natural 30 percent market share.

“We think that 30 percent is a realistic aspiration for the challenger segment and we want to be a fundamental part of that growth from eight percent to 30 percent.”

Tyler said that Superloop’s own ambition is to “deliver directly four-to-five percent of the market in the mid-term.”

“We havent put a fixed date on what the mid-term is - we have our views - but it’s not something we’re ready to lock in on,” he said.

He believed Superloop’s internal ordering and provisioning systems, which have been rebranded to “infrastructure-on-demand” would be important to powering the growth ambitions and breaking the grip of the incumbent telcos.

The company particularly touted the native automation in its systems, which it said meant customers could be onboarded within minutes of signing up for a service.

Group executive for consumer Mehul Dave said Superloop would also invest in “areas of AI-driven capability that help us with early detection of customer dissatisfaction and churn risk, which will allow us to take proactive actions throughout the customer lifecycle to please them and keep them with us for longer.”

Dave said that “four out of five connects we get are already on NBN and are merely switching to us from another provider.”

He added that the company has an ambition of serving each consumer customer with two Superloop-supplied products, and of achieving margins “in excess of 25 percent.”