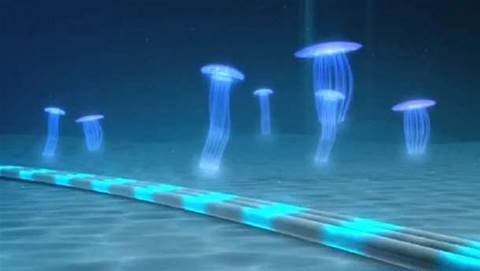 Two businesses started by telco entrepreneur Bevan Slattery will become one after listed dark fibre company Superloop revealed it has bought out submarine cable builder SubPartners for A$3.3 million.

Buying SubPartners will give Superloop part ownership of the rebranded and restructured Indigo international submarine cable project, and allow it to create a "broad inter-connected Pan-Asian network" that connects Superloop's existing metro networks.

The acquisition "accelerates access to international capacity" that would otherwise take time to establish, Superloop said.

Indigo - formerly known as the planned APX-West and APX-Central cable systems - will now be owned by a consortium of investors including Telstra, Google, Singtel, AARNet, SubPartners, and Indosat Ooredoo, the companies announced today.

SubPartners had originally planned to build, own, and operate the cable for over US$100 million, but struggled to get funding.

It is now expected to spend between US$35 million and US$37 million from FY17 to FY20 for its portion of the Indigo cable system.

It is responsible for the procurement, provisioning, operation, and maintenance of the infrastructure on the Sydney shore end of the Central cable, and expects to be paid US$5.3 million from the consortium over FY17 and FY18 for the work.

The cable system is expected to be complete by mid-2019, and will span Singapore to Perth (Indigo West) and Perth to Sydney (Indigo Central).

It will give Superloop access to dedicated fibre spectrum capable of supporting initial capacity of a minimum 4.5 Tbps, the company said. It said it would increase capacity in the future "as technological advancements are made".

Bevan Slattery - a serial technology entrepreneur - owns 80 percent of SubPartners and has a 28.8 percent holding in the listed Superloop, which will increase to 29.1 percent if the deal goes through and shareholders approve the issue of shares to the executive.

If the issuance is not approved, he will be paid US$2 million in cash. Superloop will also now take over the obligation to repay Slattery $7 million for the establishment and operation of SubPartners.

Superloop was spun out from Slattery's network virtualisation company Megaport in 2014. It listed on the ASX in June 2015.

It owns and operates 540km of fibre networks across Australia and Singapore, and is building out its network in Hong Kong. It connects 70 data centres in the region and has spent the past few years expanding its presence.

Acquisitions have formed a big part of this expansion drive. It last year bought the BigAir telco group for $190 million, as well as Apex Networks and Cinenet Systems in 2015.

The company also signed a 15-year, $20 million deal with Vocus in February for access to the telco's local and international fibre networks for the next 15 years.