Superloop to buy APEXnetworks for $5.8m 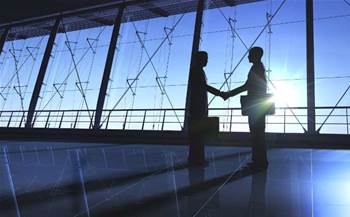 Superloop has entered into a binding agreement to buy networking solutions and managed services provider APEXnetworks for $5.8 million.

Under the deal, which is expected to be completed by October 16, Superloop will pay $3.8 million in cash and $2 million in shares for the company.

The deal sees Superloop, which was spun out from network virtualisation company Megaport in 2014, enter the managed services market for the first time. It said APEXnetworks would continue to operate as a separate brand.

Both of APEXnetworks’ cofounders will take senior roles once the acquisition has been completed, with Matthew Gregg to serve as general manager of APEXnetworks and Ryan Crouch appointed as Superloop’s first chief technology officer.

In a statement, Superloop chief executive Daniel Abrahams said APEXnetworks is currently EBITDA and cash flow positive, with recurring revenues expected to be in excess of $3 million this financial year.

Superloop listed on the ASX in June, with Slattery retaining a 66.7 percent interest in the company and serving as the company's executive chairman.

The company later announced it would roll out fibre to 25 strategic commercial buildings across Singapore as part of a project known as Red Lion.