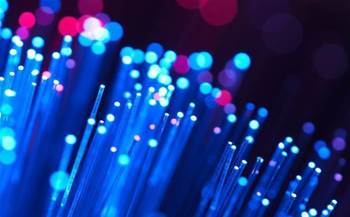 Dark fibre operator Superloop has signed a $20 million-plus agreement with telco Vocus to tap into the latter's local and international fibre networks for the next 15 years.

The deal will give Superloop access to Vocus' international, inter-capital, regional ethernet and metropolitan Australian fibre.

The indefeasible right of use (IRU) agreement means Superloop can avoid the cost of having to build significant infrastructure in order to "attain cost and network synergies in the already competitive Australian market".

It will also allow Superloop to "realise greater cost synergies" from its recent acquisition of BigAir, and "provide a platform for the dedlivery of scalable services" in Australia.

Vocus has a 30,000km fibre network across Australia and New Zealand, connecting more than 5500 on-net buildings.

Superloop will "immediately upscale" its metro, national, and international capacity, the company said.

Services will start coming online in July. The value of the deal will be "in excess" of $20 million over the deal's lifespan, Superloop said.

In its half-yearly results briefing today Vocus revealed a 404 percent rise in revenue for the last six months of 2016.

It reported revenue of $888 million for the half, alongside a 236 percent jump in net profit to $92 million.

The company attributed the results to "a significantly transformative 12 months".

The last six months of 2016 saw the telco wrap up its purchase of Nextgen Networks, which included the North West Cable System (NWCS) and the Australia Singapore Cable (ASC) initiatives.

Its corporate and wholesale business performed well with revenue growth of 42 percent to $204 million, thanks to a $34 million contribution from Nextgen, and a $36 million injection from M2, which it acquired earlier last year.

Vocus' NBN business was also "particularly pleasing" according to CEO Geoff Horth, with subscriber growth of 69,680 users, a 168 percent increase.